KGI analyst Ming-Chi Kuo has said that Apple is still struggling with production of the new iPad’s Retina display, which is being supplied by Samsung.

Apple Insider reports that is has spoken to Kuo, who said that Samsung was the sole supplier of the iPad’s Retina display in the first quarter of 2012, and it is likely that Samsung remains the only supplier at present.

Even when other suppliers such as LG Display and Sharp begin providing displays for Apple, Kuo says that Samsung will still be the main supplier, because other companies have struggled to build the high-resolution screens.

“Sharp still has production yield and material stability issues unresolved due to the adoption of Oxide technology,” said Kuo. 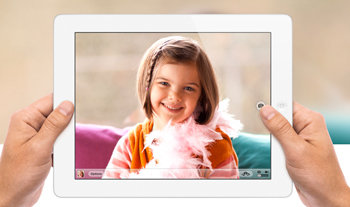 Apple Insider reports that the new iPad seems to be more readily available to customers, with the previously long shipping wait shortened to 5 to 7 days. But on the UK Apple Store, the new iPad’s availability is still listed as 1 – 2 weeks for all models.

Kuo predicts that Apple has sold 18.6 million iPads in the second quarter of 2012. Apple is set to announce its official Q2 FY12 financial results later today.

Kuo also told Apple Insider that the rumoured 7.85in ‘iPad mini’ will launch early in the fourth quarter of 2012, ready for Christmas.

Today, reports have also emerged that Kuo has spoken about a new MacBook line-up expected to launch in the near future. He predicts that Apple will discontinue the 17in MacBook Pro upon the new MacBook’s arrival.