Steve Wozniak prefers his Windows Phone to Android, but the iPhone is still his favourite. The Apple co-founder believes that Microsoft has hired a former Apple employee to work on the Windows Phone user interface. Either that, or Steve Jobs has been reincarnated at Microsoft.

On 13 April, Wozniak tweeted that he was waiting to get his hands on a Nokia Lumia 900, which runs the Windows 7 operating system. Since then, he’s been testing out the smartphone to see how it compares to Android and iPhone.

“Just for looks and beauty I definitely favour the Windows Phone over Android,” Wozniak said in a podcast interview with a NewDomain.net. “Compared to Android, there’s no contest.”

“I’m just shocked, I haven’t seen anything yet that isn’t more beautiful than the other platforms,” Wozniak told aNewDomain.net, leading him to decide that he will be “carrying the Windows Phone everywhere.” 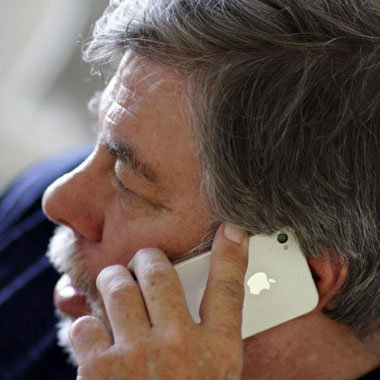 “In my opinion it sets the mark for user interface,” said Wozniak. “I would recommend it over my Android phones.”

aNewDomain.net concluded that the Apple co-founder’s favourite phone was the Windows Phone, but in a note left after the podcast, Wozniak wrote: “Wrong. iPhone is my favourite phone.”

“I surmise that Microsoft hired someone from Apple and put money into having a role in the user interface and appearance of some key apps. I also surmised that Steve Jobs might have been reincarnated at Microsoft due to a lot of what I see and feel with this phone making me think of a lot of great Apple things.”

In January, Wozniak confessed to finding Android-based handsets hard work, but they have plenty of advantages over the iPhone.

Wozniak has also been reflecting on Apple’s sacrifices in its early days this month, as well as expressing his fears about the struggle start-up businesses are facing due to patent wars.