Gad, who has starred several films and television series including Thanks for Sharing, Love and Other Drugs, and Numb3rs, will act alongside Ashton Kutcher, who is set to play Steve Jobs. Gad has also been nominated for a Tony, for his role in The Book of Mormon.

Jobs: Get Inspired was written by Matt Whiteley, and will be directed by Joshua Michael Stern. The biopic will be about the late Steve Jobs’ life and the early years of Apple, from 1971 – 2000.

Production for the film is reported to be starting in May while Kutcher is taking a break from his current role in the hit American comedy, Two and a Half Men. The film’s producer, Mark Hulme, has said that the movie will be filmed in Los Angeles, and will be released towards the end of 2012. 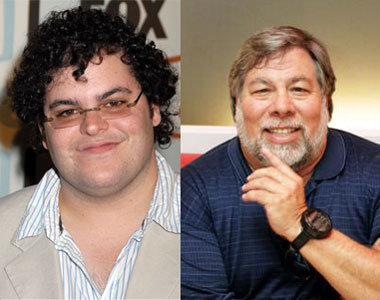 It was reported today that Steve Wozniak prefers his Windows Phone to Android, and that the Apple co-founder believes that Microsoft has hired a former Apple employee to work on the smartphone’s user interface.