The latest update to OS X Lion – OS X 10.7.4 – is causing some issues for users including lost network connections, problems with RAID storage devices, frustration at lost resolution options, and more. But amongst the grumbles, many are glad that Apple has decided to stop defaulting to open all windows at start up.

A number of compatibility issues have been reported with SATA drives and RAID volumes. A couple of storage venders have responded on Macintouch.

Mark James of SoftRAID has also posted: “Shortly after 10.7.4 was released, we started getting a few reports of SoftRAID volumes not mounting. After testing this in house, we were not seeing the problem.” 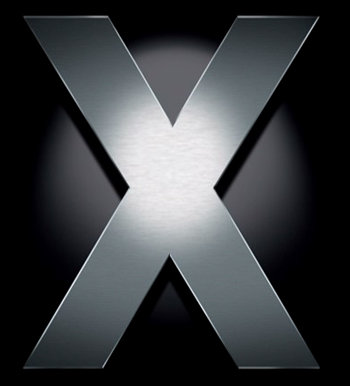 James writes: “Our initial estimate is less than 5% of RAID users will experience this problem. What makes this especially urgent is we have subsequently started getting reports of Apple RAID volumes also failing to mount. In addition, we noticed that PGP volumes do not mount at all with 10.7.4.”

“However, we have identified the likely source of the problem through the kernel.log file. The file system is failing to mount the [volume],” he adds.

SoftRAID’s advice is: “If you encounter this problem (your RAID volume is not mounting), open the Kernel.log file in the Console.app and filter for “45”; you should see strings indicating “hfs_mountfs: buf_meta_bread failed with 45”. There are also entries with “unsupported function” when the OS tries to mount the volume.”

The company is investigating the issue and recommends “all Lion users who use RAID (or PGP), do not update Lion to 10.7.4 until there is a published fix for this problem.”

Users of Synology devices may also be experiencing problems. We found this post on the Synology forums. “Since OSX 10.7.4 LDAP network logins fail”, writes Caleb Mcdonald. He wonders if the issues have something to do with samba, which was removed from OS X Lion.

There are a number of posts about lost network connections on Apple’s support forums.

One post reports: “ Updated to 10.7.4 and now my USB ethernet adaptor does not pick up an IP address.”

There are also issues with early versions of VMWare Fusion. Version 2 no longer works under OS X Lion. “Updating to 10.7.4 broke VMWare Fusion for me. It opens, but generates errors and won’t connect to the web,” says one post on MacInTouch.

A post on VMware’s own forum states: “After update to Lion 10.7.4 can’t resume WinXP VM”. That poster is using VMware 3.1.3. Luckily the fix was a simple case of upgrading to 3.1.4, but version 4 of VMware Fusion is the only one designed to work with Lion.

However it’s not all bad. One forum post on Apple’s site notes: “10.7.4 with Safari 5.1.7 works with much less laboring and somehow cleaner.”

And our favourite new feature. Another forum post on Apple’s site states: “I don’t know if it’s just me, but has Apple changed the default on that annoying “resume” feature at shutdown in the most recent OS update? Not the dialog box asking to save/reopen windows has the checkmark defaulting to off! I shutdown and rebooted a couple of times, and it seems to be consistent on my machine. If this is true, I am glad Apple finally is paying attention to feedback.”