Apple has succeeded in stopping the HTC One X and Evo 4G LTE smartphones being shipped into the US, with reports emerging that the devices are being held back at customs.

The phones are the first devices to face an import delay at US Customs for potentially infringing an Apple patent.

Sources have confirmed that shipments are being held back, according to The Verge.

The Verge also confirms that the One X is currently out of stock at AT&T’s online store and at most AT&T retail stores. 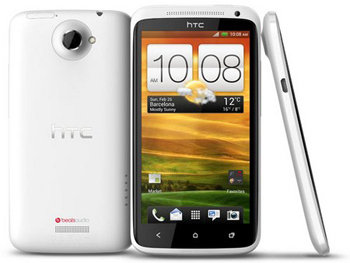 Late last year, the ITC found that HTC was infringing an Apple patent and issued an injunction against the importation of offending HTC products. Rather than lose sales, HTC said it would remove the technology from its phones that let users click on a phone number in an email or other application to make a phone call.

At the time the injunction was announced, HTC said it had created alternatives to the patented technology and that it would soon eliminate it from all its handsets.

Back in February, the US International Trade Commission issued a final determination that Apple doesn’t infringe certain HTC patents. That ruling was made on a complaint that HTC filed with the ITC following a complaint lodged by Apple last year. HTC accused Apple of selling products that violate its patents relating to power management methods and phone number directories.

Apple originally had accused HTC of infringing 20 patents and filed a so-called Section 337 complaint, which alleged unfair importation practices. Apple claimed several of those same patents in a suit against Nokia, which the companies ultimately settled out 1f court. And the case was the first of several in which Apple has attacked makers of devices using Google’s Android OS.

The set of claims was reduced over time, and in September 2012 the ITC’s ruling Commission reviewed the final decision by an administrative law judge. The Commission found that HTC had violated the law with two products that infringed claims 1 or 8 of U.S. Patent 5,946,647, “System and Method for Performing an Action on a Structure in Computer-Generated Data.”

Apple is said to have spent $100m on its ongoing patent disputes with HTC.

The ban went into effect on 19 April.