Former Microsoft executive Robbie Bach has revealed that he thinks Microsoft should never have created the Zune media player.

“If I had hindsight, 20-20, and could do Zune over again, we would skip portable media players completely”. With this hindsight, Bach thinks a better move would have been to “produce the coolest music service for your phones ever.”

Bach explains, in an interview with GeekWire: “ The portable music market is gone and it was already leaving when we started. We just weren’t brave enough, honestly, and we ended up chasing Apple with a product that actually wasn’t a bad product, but it was still a chasing product, and there wasn’t a reason for somebody to say, oh, I have to go out and get that thing.”

Bach compares the Zune to the Xbox, and reflects that: “On the Zune side, and this is as much my fault as anybody’s, I think our marketing message was very confused. I don’t think people walked away saying, this is what Zune is and this is why it’s different.” 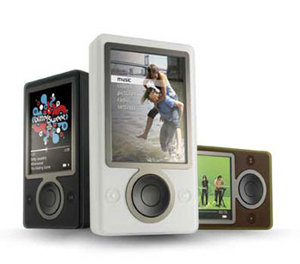 “We did some really artsy ads that appealed to a very small segment of the music space, and we didn’t captivate the broad segment of music listeners,” he adds.

Microsoft also failed to get partners when it came to Zune, and this is another reason why the product failed, according to Bach. He explains: “It’s not like we didn’t try but — I don’t know how to say this politely — the music industry just didn’t get it. They just didn’t figure out that being dependent on Apple was bad for them. And they were so hooked on the drug of what Apple was supplying them that they couldn’t see past that to realize that they needed something else to actually drive their business.