Just a day after Apple succeeded in stopping the HTC One X and Evo 4G LTE smartphones being shipped into the US, the two companies have been told to discuss a possible patent settlement.

As we reported this week, the HTC devices are being held back at customs. Now, the Court has ordered Apple and HTC’s lawyers, and other ‘decision makers’ such as their CEOs, to discuss a patent settlement, reports FOSS Patents.

The court “expects the parties’ full and good faith cooperation with the mediation process” and “encourages all participants to keep an open mind in order to reassess their previous positions and to find creative means for resolving the dispute”.

Apple and Samsung are also set to meet to deliberate over a settlement next week. 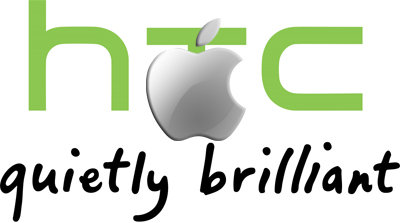 Late last year, the ITC found that HTC was infringing an Apple ‘data tapping’ patent and issued an injunction against the importation of offending HTC products. HTC said it would remove the technology from its phones but the ban would suggest that it has failed to do so.

Apple accused HTC of infringing 20 patents and filed a complaint, which alleged unfair importation practices back in 2010. HTC was the first Android device maker to be sued by Apple. Apple has attacked makers of devices using Google’s Android OS. Jobs famously said he would go “Thermonuclear” over Android.

Apple also claimed several of those same patents in a suit against Nokia, which the companies settled out of court.

The Commission found that HTC had violated the law with two products that infringed claims 1 or 8 of U.S. Patent 5,946,647, “System and Method for Performing an Action on a Structure in Computer-Generated Data.”

Apple is said to have spent $100m on its ongoing patent disputes with HTC.