The screenwriter set to turn Walter Isaacson’s Steve Jobs biography into a movie for Sony Pictures says the film won’t be a straightforward biography, and that Apple co-founder Steve Wozniak has been hired to work as a “tutor” for the film.

Reuters reports that Aaron Sorkin, who was named as the screenwriter for the Steve Jobs movie on Tuesday, said: “I now so little about what I am going to write. I know what I am not going to write. It can’t be a straight ahead biography because it’s very difficult to shake the cradle-to-grave structure of a biography.”

“Drama is tension versus obstacle,” Sorkin told reporters at a conference for his upcoming drama The Newsroom. “Someone wants something, something is standing in their way of getting it. They want money, they want the girl, they want to get to Philadelphia – it doesn’t matter… And I need to find that event [from Steve Jobs’ life] and I will. I just don’t know what it is.”

Sorkin, who won an Oscar for his screenplay of The Social Network, revealed that Steve Wozniak, the other Steve that founded Apple in a garage with Jobs in 1976, is working for the film studio as a “tutor” on the technical details, and will provide insights about Jobs himself to help maintain the authenticity of the film. 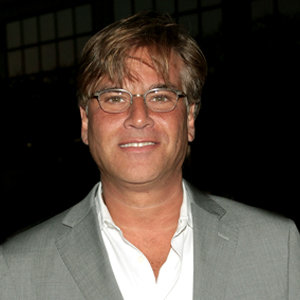 Sony’s movie shouldn’t be confused with the independent biopic about starring Ashton Kutcher as Steve Jobs, which is also set to be released this year. On Monday, the Two and a Half Men star was spotted wearing Jobs’ trademark outfit on his way to the film set.