The adverts appeared on Apple’s official YouTube channel on Wednesday, and follow in the footsteps of two previous adverts for the iPhone 4S’s voice assistant featuring Zooey Deschanel and Samuel L Jackson.

“Joke,” the first of the two new adverts, shows Malkovich speaking to Siri using just one word at a time. “Weather,” “evening,” “linguica,” says Malkovich, listening to Siri’s replies. Finally he says, “joke,” to which Siri replies, “Two iPhones walk into a bar. I forget the rest.”

Malkovich chuckles to himself. “That’s funny,” he tells Siri, to which she replies, “Was it something I said?” 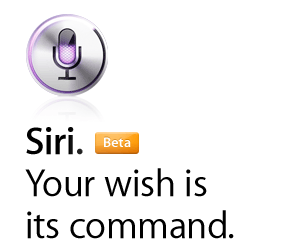 In the second advert, ‘Life’, Malkovich’s one word request to Siri is “Life.

Siri replies: “Try and be nice to people, avoid eating fat, read a good book every now and then, get some walking in, and try to live together in peace and harmony with people of all creeds and nations.”

Malkovich says to himself: “That’s pretty spectacular advice, actually”. He then tells Siri: “Thank you, I enjoyed this chat immensely, you are very eloquent.”

Siri replies: “That’s very nice of you to say.”

Apple’s Siri has been involved in false advertising lawsuits this year, with iPhone 4S owners claiming that the voice-activated assistant doesn’t work as advertised. Apple has reiterated that the service is still in beta, and will continue to be improved over time.

What do you think of the new adverts? Let us know in the comments section below.