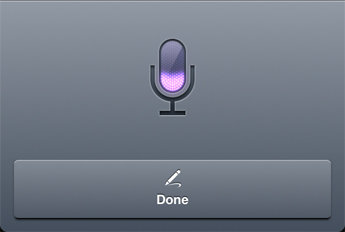 Apple has already announced many of the new features coming in the new version of OS X this summer, but if beta code tidbits are being correctly interpreted, Siri-like dictation may be a secret feature coming to the Mac in Mountain Lion.

The latest seed of Mountain Lion, includes a reference to a new keypress combination (cmd-cmd) that would “Start Dictation”.

This dictation feature may well be Siri driven, notes 9 to 5 Mac.

However, rather than being a Mac version of the Siri-style personal assistant available in beta on the iPhone 4S, the Mac tool is more likely to be the Dictation feature available on both the iPad and iPhone. 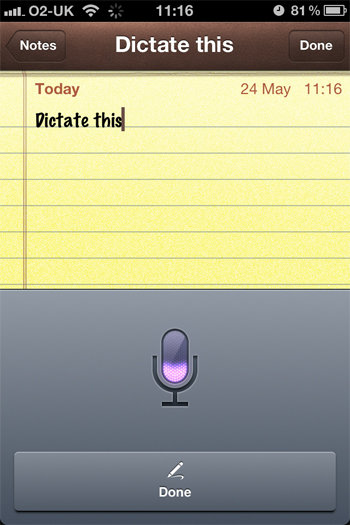 Dictation on the iPhone and iPad is triggered by the microphone ‘key’ on the virtual keyboard. To date Mac keyboards do not sport such a key. Presumably the key combination spotted by 9 to 5 Mac means that users would need to simultaneously tap both command keys to start voice input. Perhaps future Macs might come with the addition of a microphone key.

Nuance, the company that is rumoured to be behind the technology that powers Siri and the dictation feature in iOS already sells dictation software for the Mac. If Apple was to include a dictation feature as standard on the Mac it could leave products like Nuance’s Dragon Dictate out in the cold, although it is likely that Nuance would be able to offer additional features that Apple wouldn’t include as standard in a basic dictation solution.

There is also a question of whether dictation on the Mac would be a useful feature to have in a noisy office environment. It seems likely that it would be a niche feature, used in the home or study.

Apple claims that the case should be dismissed because the plaintiffs have not specified that the claims about Siri led them to purchase the device.

Another new features coming in Mountain Lion, according to reports, is the ability to save web pages in Safari to read when offline. Gear Live notes that in the Mountain Lion beta the Safari Reading List feature includes a message that “Reading List articles are available for viewing while you are offline.”