The Disney’s 3D animation studio’s new film, Brave, is the first Pixar movie to be released since Steve Jobs’ death. The movie is about a girl in Scotland on a journey to find where she belongs, and features glowing, ghost-like creatures called will-o’-the-wisps that are thought to lead people to their destiny.

The Wall Street Journal reports that ‘the most emotional moment’ in Pixar’s film is during the end credits, when a will-o’-the-wisp floats around Steve Jobs’ name on screen.

Brave is dedicated to Jobs, who helped launch Pixar Animation Studios in 1986, and the Wall Street Journal says that he was called a partner, mentor and a friend in the early cut of the film. 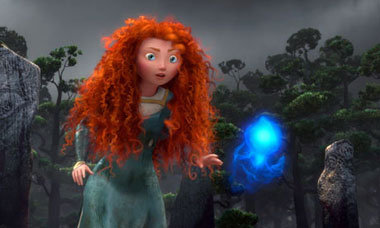 Brave, which stars Emma Thompson, Kelly Macdonald and Julie Walters, is set to hit the cinemas on 17 August. Watch the trailer below.