Following his claims that nobody wants a refrigerator-toaster, Apple CEO Tim Cook has reiterated his belief that the tablet and PC should never converge, and revealed that he does see the iPad replacing the PC in some cases.

Cook believes that tablets won’t replace all PCs, but he does see it replacing the PC for some people. He said: “Will the tablet displace the PC market? Today there are a lot more believers in that. I’d bet there are a lot of people in the audience who use their iPad a lot more than their computer. I know I do that. And I love the Mac, but I find myself spending more and more time on my iPad. As time goes on, I think it will get more and more like that. I don’t see the tablet replacing the need to replace all PCs or Macs. I don’t mean to imply that at all. What I see is that the tablet for some people takes over what their PC was for them. And it will extend the purchasing cycle for others.”

Speaking to Kara Swisher and Walt Mossberg at D10, Cook referred to his ‘flippant’ remark in the recent conference call with analysts regarding Apple’s financial results.

He repeated the same sentiment, noting that convergence brings its own set of tradeoffs: “I said a few months ago, this flippant thing, you could converge a toaster and a refrigerator. Sure, you could do that. But I just think you wind up not building the best product, in this particular case, when you converge those.

“In my view, the tablet and the PC are different. And you can do things with the tablet, if you’re not encumbered by the legacy of the PC. If you view it as different. If you take the view that says this is another PC, all of a sudden you’re pulling along all of the baggage of the PC market…” 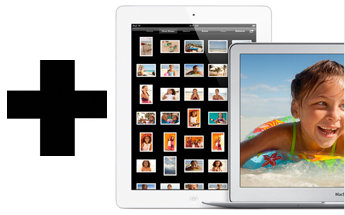 Cook pointed to the necessary tradeoffs: “I love convergence, convergence is great, but products are about tradeoffs. You have to make tough decisions, you have to choose, and the more you look at a tablet as a PC, the more the baggage of the past affects the products.”

This time Cook used the idea of a combined tablet and laptop, rather than a toaster-fridge, suggesting that the design isn’t optimised or thin enough for a tablet. He said: “It’s trying to converge laptops and tablets and therefore you’ve got a clamshell kind of thing and you’re lugging this thing with you, and so the industrial design is not optimised for tablet. People want tablets to be incredibly thin.”

Making a “kick ass” product is what counts, explained Cook. “If you look at it as a notebook, you’re not going to come out of the design of the product and have it be a kick-ass product where someone says wow, this is what I wanted. I’m not big on that, as you can probably tell,” he added.