Mitt Romney has released a social media iPhone app with an embarrassing spelling mistake: it called for “A better Amercia”.

US presidential challenger Mitt Romney has attempted to ape the success of Barack Obama’s social media campaign efforts in 2008 with an iPhone app that encourages users to share their photos, overlaid with slogans declaring their support for the Mormon right-winger. But the app was met with derision when it was discovered that one of the slogans misspelt possibly the most important word of all for US voters: ‘America’.

President Obama’s 2008 election campaign was notable for its innovative use of the internet and social media to reach young voters – a group that traditionally tends to favour the Democratic party, but which is equally known for its low voting turnout compared with older generations. The Obama campaign used MySpace, Facebook and later Twitter, as well as a conventional website, to mobilise young voters and present their candidate as a youthful and tech-literate alternative to John McCain.

(The reason I phrase it in that way is because there is some doubt about how much of the social media actually comes from the president himself. In 2009 he told a group of students in China that he had never used Twitter, for instance.) 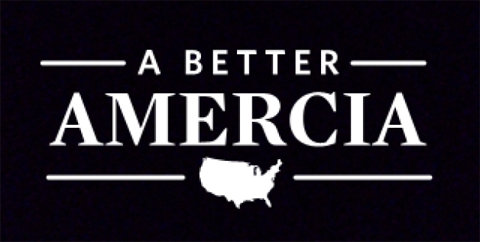 It seems unlikely that there will ever be another US presidential campaign where only one party is using social media, and Republican challenger Romney has attempted to do something similar with his iPhone app, a thin but highly social offering that is entirely based around branding and sharing people’s photos.

He may now discover one of the internet’s other joys, however: the meme. Internet jokers will soon be competing to share the funniest image with ‘A better Amercia’ superimposed.

Oh, look, here’s one. Please be warned: contains a rather disturbing semi-nude drawing of a middle-aged man. And here’s another one. And there are some more here.

Sadly for internet humourists, the app has now been corrected, or at least the offending caption has been removed.