According to an analyst, the news that Google has acquired Quickoffice should make Microsoft “worried”.

Following news of the Google deal, Forrester Research analyst Ted Schadler said that Microsoft should not dither in its decision to bring its Office apps to tablets. “They better have a really aggressive timeline for porting Office to the iPad. I’m sure this makes them worried.”

Quickoffice is the company behind the iPad app that makes it possible to access and edit Office docs on the iOS device. It is one of the most popular productivity apps on the iOS App Store.

In a blog post announcing the acquisition, Google’s Alan Warren said, “Quickoffice has an established track record of enabling seamless interoperability with popular file formats, and we’ll be working on bringing their powerful technology to our Apps product suite.” 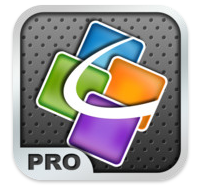 Our cousins over at Macworld.com note that Quickoffice is a superior product to Google’s own Google Docs app. While Google Docs already works with “popular file formats” – i.e. Microsoft’s Word, Excel, and PowerPoint – the process isn’t pretty, writes Macworld US.

Presumably Google will incorporate the Quickoffice expertise in a new version of Google Docs, and presumably that will be released for the iPad and iPhone.

The news that Google is now positioned to improve its offering may cause Microsoft to speed up the release of its Office app for iOS devices.

Last week we reported rumours that Microsoft will launch an iOS version of its Office suite in November, however, Microsoft has previously damned similar reports as being “inaccurate rumours and speculation”.

According to a New York Times source, Microsoft still has not settled important details for the app’s release. These include when it will release the software and how much the software will sell for.

The New York Times suggests that the reason for Microsoft’s delay is that it is struggling to decide whether to offer its Office apps on the iPad – doing so could cannibalise sales of its own Windows 8 powered tablets.

However, while Microsoft is still not revealing anything about its plans for Office on iOS, there is speculation that the will bring forward the launch of the iOS versions of Microsoft Word, Excel and PowerPoint now that Google’s acquisition has given it the impetus it needs.

The New York Times suggests that the Google acquisition of QuickOffice “is likely to add to pressure on Microsoft because Google has had a dagger pointed at Office for some time”, namely Google’s online offerings in the form of word processing and spreadsheet apps.