Matthew Modine will play former Apple CEO John Sculley in an upcoming Steve Jobs biopic, it has been revealed. Modine will work alongside Ashton Kutcher, who is starring as Jobs in the movie.

CNET reports that the actor, who is also set to appear in the upcoming Batman movie, The Dark Knight Rises, announced his new role in a note sent to press on Tuesday.

Jobs recruited Sculley, former CEO of Pepsi-Cola, in 1983 to help lead Apple. To persuade Sculley to join Apple, Jobs famously asked him: “Do you want to sell sugared water for the rest of your life or do you want to come with me and change the world?”

It is thought that the relationship between Jobs and Sculley could have been the reason behind Jobs dismissal in 1985, but earlier this year Sculley said that he didn’t fire Jobs and that he had a ‘terrific relationship’ with Apple’s late co-founder. 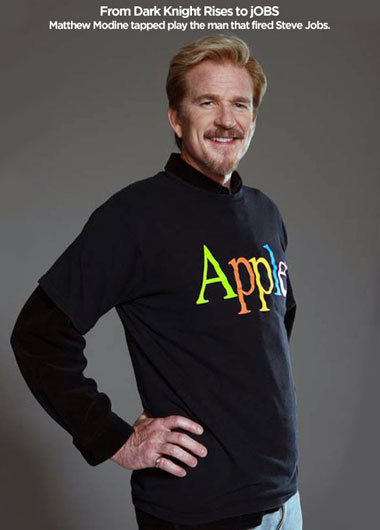 Filming for the movie, entitled jOBS, is set to begin this month. Actor Josh Gad has been cast for the role of Apple co-founder Steve Wozniak.