A New York-based photographer has taken to deep-frying his Apple devices for a new ‘Deep Fried Gadgets’ art series.

The Sydney Morning Herald reports that Hargreaves’ project was inspired by a Japanese teenager who filmed himself attempting to eat a deep fried Sony PSP.

However, to save money Hargreaves decided to make scale models of the devices. “I wasn’t keen on finding out what happens when a lithium battery goes in 400 degrees Fahrenheit oil,” he added. 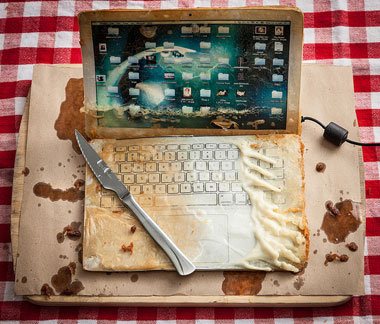 “I’m really interested in cultural mash-ups; what results when two things that usually wouldn’t talk do, and what the outcome is,” said Hargreaves. “I liked the unlikely connection between electronics and fast foods: how they are fetishized, consumed and then discarded.”

“Just look at the hysteria that is caused at the anticipation of a new Apple product dropping… in a way, it’s as if they don’t get the new models their lives won’t be as rich,” said Hargreaves.

Hargreaves also created an edible piece of art in celebration of the Queen’s Diamond Jubilee this weekend: A huge portrait of Her Majesty constructed from 1400 slices of toast. 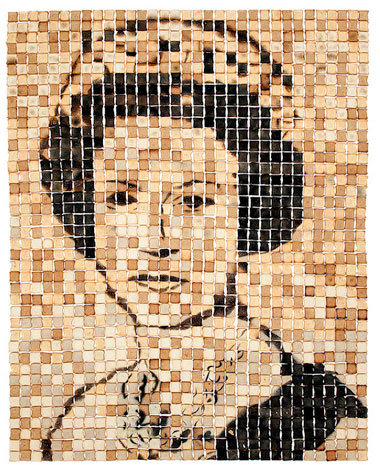