US Senator for New York, Charles E. Schumer, sent a letter to Apple and Google on Monday, raising his concerns over the ‘spy planes’ that are used for the companies’ mapping services.

A press release on the Senator’s website reads: “New Apple and Google plans to use military-grade spy planes to map communities and publish images could cause unprecedented invasion of privacy; technology strong enough to see through windows and even catch sun bathers in back yards.”

“It has been reported that some of these sensitive cameras can take pictures of objects up to four inches wide,” reads the letter sent to Apple CEO Tim Cook and Google CEO Larry Page. “I fear that this clarity may allow your mapping programs to take detailed pictures of people in intimate locations such as around a pool or in someone’s backyard.” 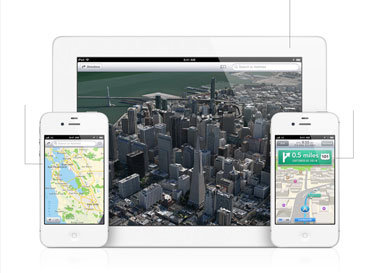 Schumer concluded his letter by requesting that Apple and Google should let communities know when the mapping images will be captured, automatically blur photographs of people, and give property owners the right to opt-out of the map’s images, and ensure that sensitive infrastructure details are blurred from published maps.

Apple and Google have both revealed advanced new mapping services with 3D capabilities this month. It is not yet known exactly when Google’s service will become available to users, but Apple is set to replace Google Maps with its own Maps app in iOS 6 this Autumn.

Apple and Google have not yet responded to Schumer’s letter, but it is likely that some privacy measures will be put in place in the mapping services. Google already blurs out license plates in its current Street View feature.