The US Patent and Trademark office today made public a strange application from Apple to protect users from “Little Brothers Dataveillance”.

Reading like a science-fiction novel, Apple’s application refers to the iCloud ID and outlines a method of protecting people’s online identity from a collection of small services working to map out a user profile. It does this by creating a cloned identity, and using this to mask users movements online.

Apple patent watchers, PatentlyApple.com has outlined the application in some depth today. It explains that “Concerns about the government and its knowledge about its citizenry is often referred to in a derogatory sense as actions of “Big Brother” who is omnipresent and gathering information to use to its advantage when needed. The electronic age has given rise to what is now known as thousands of “Little Brothers,” who perform Internet surveillance by collecting information to form electronic profiles about a user not through human eyes or through the lens of a camera but through data collection. This form of Internet surveillance via data collection is often referred to as “dataveillance.”

Apple has a history of invoking the spectre of Big Brother, which was used in the original launch advert for the Apple Macintosh computer. However, it is also worth noting that Apple itself has a huge amount of customer data on file, and it’s data that the company has been reluctant to share with any other companies. In 2011 Steve Jobs announced that Apple had over 200 million iTunes accounts all linked to credit cards: ““Amazon doesn’t publish their numbers. But it’s very likely that this is the most accounts with cards anywhere on the Internet,” Jobs said. 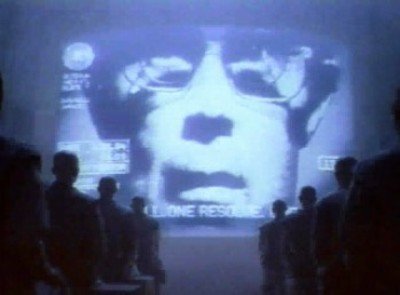 Apple is also clearly protective of its own data, and has proved unwilling to share it with others. In his biography of Steve Jobs, Walter Issacson described publishers frustration over being unable to access subscribers data and credit card information: “

A New York Times circulation executive pushed back against Jobs, as did Time Warner CEO Jeff Bewkes. But Rupert Murdoch relented, recalling later that he knew Jobs wouldn’t bend, and he wouldn’t have either if he were in Jobs’ position,”

Keeping users personal information safe from lots of smaller services attempting to map out a profile of iCloud users will be a valuable service to Apple customers, but it also ensures that Apple has better data than its rivals.