Apple Store employees in the US are receiving pay raises of up to 25 per cent of their previous wage, following an internal review earlier this year. Apple has also launched its new employee Mac and iPad discount program this week.

Dow Jones reports that Apple’s retail staff were called into face-to-face meetings with managers last week, where they were told that pay raises based on performance will be put into place from July.

Business Insider reported the news earlier this week, but quickly retracted it after it was found to be inaccurate. Now, however, several publications have independently confirmed the wage increases.

Apple’s decision may have been aided by the newly appointed retail chief at the company, John Browett, who was previously CEO of Dixons Retail PLC. When he joined Apple, Browett told employees that he would move the performance reviews forward three months from their original September schedule. 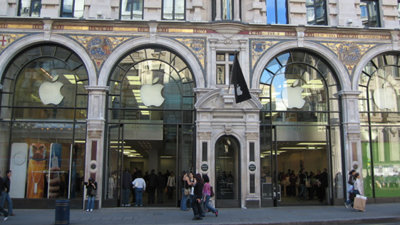 According to the report, Genius and Creative teams were most frustrated about their wage levels, and one Apple employee even suggested that Microsoft has been “poaching” employees by offering higher wages than Apple.

Also good news for Apple employees is the new discount program that kicked off this week. In January, Apple CEO Tim Cook told staff that they would be able to get their hands on Macs and iPads for bargain prices, starting from June.

Staying true to his word, Apple has started the program, offering US employees a $500 Mac discount and $250 off iPads. Staff are allowed to purchase one product every three years through the discount programme. The program doesn’t include the new Retina display MacBook Pros though.