Apparently a number of MacBook Pro with Retina displays are experiencing the issue. Apple users on the Apple Support Communities discussion boards have been discussing the issue. Some readers on the forum have reported the image retention issue happens after as little as 20 minutes worth of use.

The first post on 16 June notes that “there seems to be a fairly consistent in-display ghosting that occurs without much time at all”. The user claims he left the screen on for about 10-15 minutes “and the ghosted burn would be of the screen I left it on”.

That user confirmed on 20 June that an Apple Genius had replaced the MacBook Pro with Retina display, however they have not taken delivery of the new model yet. 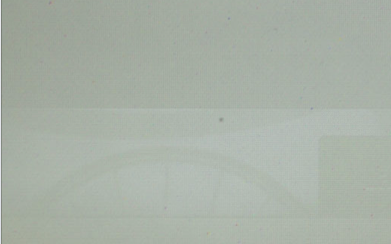 Another user writes: “I’m having a very similar issue and it seems to always be around one area of the screen. It’s a bit above the dock and to the right of center.”

“Could be coincidence, but it seems like that is the hottest part of the computer, so it makes me think that the ventilation onto the screen or closing it while its hot could be causing the issue,” he adds in a later post.

MacPerformanceGuide claims that the issue kicks in after as little as 20 minutes: “Close the window and the desktop is left with a latent image; a ghost image of whatever text or graphic was in the window left on screen,” claims that site, which has images of the problem.

Dutch website OneMoreThing.nl also has a couple of images have been circulating that appear to show ghosting issues with the screens.

The Next Web claims that the ghosting issue is common for IPS displays and it typically disappears after a few minutes of rest. However, according to AppleInsider, the problem is limited to a few cases, and therefore “stems from a ‘bad batch’ of panels”.