Microsoft co-founder Bill Gates thinks that tablets do not meet the needs of education. Instead, he suggests that a low cost PC would be a better solution as it would allow students to be “highly interactive”.

Gates was asked what changes would be required for tablets to make a difference in education by an interviewer from the Chronicle of Higher Education. In his response, Gates claims that: “Just giving people devices, that has a really terrible track record.”

The difficulty with tablet devices is that “You really have to change the curriculum and the teacher.”

He adds: “It’s never going to work on a device where you don’t have keyboard-type input. I mean, students aren’t there just to read things – they’re supposed to actually be able to write and communicate.” 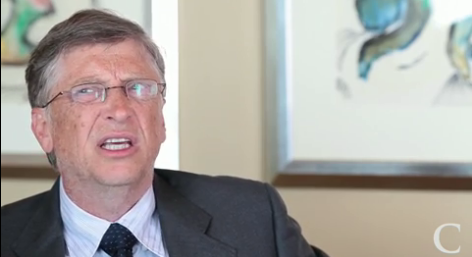 This argument makes more sense when discussing a Kindle or similar ebook reader, but doesn’t seem to take into consideration the availability of apps for tablet devices that offer the user much more than the opportunity to read.

But Gates believes that the PC is a better example of an interactive tool. He says: “This is a lot more in the PC realm and what’s going to be a low cost PC that lets them be highly interactive”.

However, the limiting factor isn’t the device so much as the price of internet access, Gates says. He suggests: “It’ll be interesting to have special policies that let people get access to that.”

The video of the interview is available here, via The Verge.