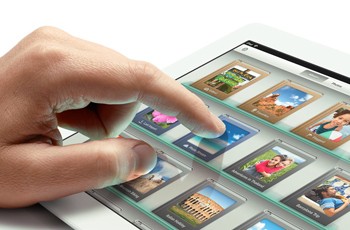 Apple will launch a new 10in iPad this summer, with an indium gallium zinc oxide (IGZO) panel that will enable the tablet to be thinner and have a longer battery life.

That’s according to a DigiTimes report, which points to Chinese website Apple Daily’s claim that shipments of the fourth generation iPad will ramp up in September. The report suggests that Sharp will take over the panel supply from Samsung for the device.

However, even DigiTimes highlights that the claims are unlikely to be true, because the third-generation iPad is still only three months old. The conclusion that Sharp will be supplying the panels for the next iPad could have been reached following recent investments in the company from Apple’s main supply partner, Foxconn.

There is also speculation that Apple will unveil a 7in iPad ‘mini’ later this this year, perhaps alongside the iPhone 5.