Microsoft founder Bill Gates has described Steve Jobs’ work as “phenomenal,” but believes that Apple may need to build a hybrid, Surface-like device in the future to meet users needs.

Speaking to Charlie Rose on Monday’s Rose’s PBS show, Gates focused mainly on the charity work of Bill and Melinda Gates Foundation, but also touched on some technology–related topics including the arrival of Microsoft’s new tablet, the Surface.

During the hour-long interview, Gates expressed his enthusiasm about the Surface, which was announced at a June event in Los Angeles. He said that when he founded the company, his goal with Microsoft had been to deliver “the magic of software to people both in their work and in their home.”

Rose asked whether, reflecting on the way his company has delivered products to consumers, he would have done things differently, more like “the way Steve Jobs did.” 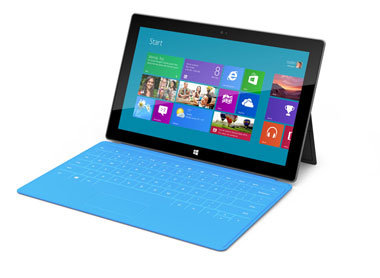 Gates explained that working with third-party hardware manufacturers such as Dell and HP worked well, and Microsoft’s decision to create its own tablet to run its own software doesn’t mean the end of such partnerships. “I actually believe you can have the best of both worlds,” he said. “You can have a rich ecosystem of manufacturers and you can have a few signature devices that show off, you know, wow, what’s the difference between a tablet and a PC.”

But Gates believes that he’d had the idea for tablets “way too early”. “There were a few things that could have been done differently to bring it [a Microsoft tablet] to critical mass.”

“He [Steve Jobs] did some things better than I did,” Gates admitted, claiming that it came down to Jobs’ timing and “the package that he had put together.” He said that Microsoft’s tablets weren’t “as thin and attractive” as Apple’s.

Now, though, Gates believes Microsoft has cracked it. He claims that the Surface allows users to be creative in a way that the iPad doesn’t, bringing the tablet and PC category together, something that Tim Cook openly dismissed when he compared an iPad and MacBook combination to a ‘toaster-fridge’.

Rose asked whether Gates believes Apple will “have to change” and make a device similar to the Surface. Gates explained that it is too early to tell exactly how the technology market will respond to the Surface when it becomes available, but that that Apple having to create hybrid device is “a strong possibility.”

In June, author Malcolm Gladwell said that Bill Gates will be remembered longer than the late Apple co-founder Steve Jobs. When Rose mentioned these comments to Gates in his interview, Microsoft’s founder replied: “I don’t think anybody does the work they do based on how they think they’ll be remembered. Steve Jobs did phenomenal work, both when I partnered with him and when Microsoft competed with him and that deserves to be remembered.”

Last week, Gates was also quoted as saying that using tablets in education is “never going to work”.