The home Apple’s late CEO and co-founder Steve Jobs shared with his wife and three children by that marriage is being renovated.

According to a report, a “massive construction project” is underway that suggests Jobs’ wife Laurene Powell Jobs and her children have moved out. The project appears to include replacing the roof and making changes to the roofline, according to the Forbes report, which has a number of photographs.

However, there’s another Steve Jobs property that has been in need of alterations for some time, at least as far as Jobs was concerned, but as yet no development of that site has happened.

Back in 2010 Jobs finally gained approval to tear down his Woodside home. Jobs bought the 17,000-square foot mansion in Woodside, California back in 1984. Jobs didn’t buy the mansion – built in the 1920s by San Francisco copper magnate Daniel C. Jackling – because he liked the style, in fact he described it as “one of the biggest abominations of a house I’ve ever seen”. Jobs plan was to pull down the 14 bedrooms and 13.5 bathroom house and build on the 6 acre lot. 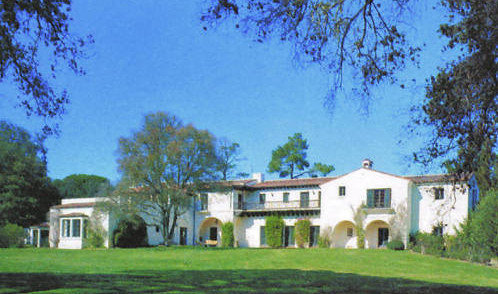 Unlucky for Jobs, although he successfully gained a permit to demolish and rebuild in 2001, local history buffs fought the move, culminating in a Supreme Court ruling in 2007 that denied Jobs from his property-development dream. It took until 2004 for Jobs to first receive the permit he sought. That permit, however, was subject to legal challenges – again, because of the property’s historical significance. Four years later, Jobs re-applied for the demolition permit.

In June of 2009, Jobs struck a deal with investor Gordon Smythe to disassemble and move the house to another location, at a cost to Jobs of $600,000. That deal later fell through.

Then in March 2010, a judge finally gave permission to tear down the mold-ridden, bird-infested, and rot-besieged mansion.

According to the website, Friends of the Jackling House, Jobs tore down the house in February 2011, months before Jobs died of cancer. As yet, no building has happened on the site.