Giles Matthey has few credits to his name, his IMDB page has just three listings, a movie called Hunter that is in post-production, and the TV shows True Blood and The Good Wife. 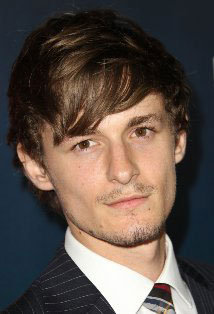 See also: Steve Jobs biopic will be filmed in garage where Apple began

Casting a relative unknown as the famously reserved British designer may be a shrewd move, however, as it plays to Jony’s air of mysteriousness.