Some councillors and senior officers in the UK have been given iPads to replace paper, a move that will save thousands of pounds in printing costs.

Tameside Advertiser reports that the decision has been made to scrap traditional methods and dish out an iPad to 57 of Tameside’s councillors and senior council staff. The Tameside council’s executive cabinet says that Apple’s tablet will save about £10,000 spent on printing paper reports every year in the borough of Manchester alone.

Interestingly, the iPads will be replacing laptops and desktop computers in the council.

“We spend thousands and thousands of pounds each year on producing papers for meetings,” said Council leader Kieran Quinn. “We could make a reduction in that by using iPads. 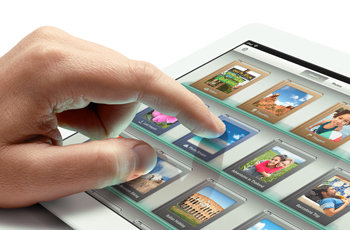 The council is also aiming to become paper free for environmental purposes. “Promoting our green credentials was another consideration,” said deputy council leader John Taylor. “Printing less paper and using less ink and electricity obviously has a positive impact on our carbon footprint and therefore our environment.”