The central characters of the Oscar-winning film Forrest Gump make an investment in Apple in the 1970s. How much would their stock be worth today?

A website called fancydresscostumes.co.uk has spent some time calculating how much Forrest Gump’s 1970s investment in Apple would be worth today (if he held on to his stock and was real). The answer, predictably, is quite a bit.

In the Oscar-winning film, Tom Hanks’ character gets lucky with a shrimping venture, and after leaving the business in the hands of his first mate and former military colleague Lieutenant Dan, gets luckier still when Dan sagely invests a portion of the proceeds in a fledgling company called Apple Inc. (Very fledgling indeed, in fact, due to a slight dating goof.)

The initial investment, which the website puts at a notional $100,000 – purely speculative, but not unreasonable, given the tremendous success that the Bubba Gump Shrimp chain is supposed to have enjoyed after all the other boats are destroyed by Hurricane Carmen – should have gained the pair about 3 percent of the company. Three percent of Apple! That’ll do nicely. 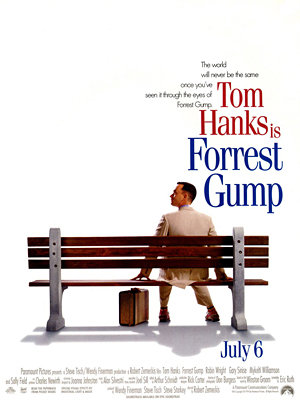 Fast forward to the present day, though, and take into account Apple’s unprecedented success in the 21st century, and Forrest Gump’s nest egg gets really silly. To quote fancydresscostumes.co.uk: