The former head of Google’s development department has revealed that he has been driven to iOS by Android’s hardware fragmentation.

Ex-Google Engineering Director Rian Liebenberg told Electricpig that his new mapping app, Recce, has been developed for iOS because it developing for Google Android is a much harder and more time consuming task.

“We run very close to the metal to get this kind of performance,” says Liebenberg’s partner, ex-PlayStation boss Ian Hetherington. “And that means compatibility across devices is more of an issue.”

Recce was initially designed to be a gaming platform, but the two developers have now made it a fully-rotating 3D map of London, with moving trains, cars and boats. 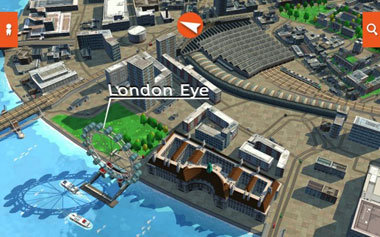 Because of its advanced graphics, the app needs speed and fluidity. This is easy to achieve on iPad and iPhone, said Lienbenberg, but the many different Android handsets means that developing the app for that platform is proving to be difficult.

“We do have a working Android build,” said Leinbenberg, “but given some of the device fragmentation, we couldn’t guarantee we were going to have a great Android experience on every single implementation.”

“The hardware fragmentation problem in Android made it more complex for us, so we decided to hold it back,” Lienbenberg revealed.

To that, Electricpig’s reporter said: “That’s bold of an ex-Google man to say,” to which Lienbenberg replied “It’s true, though.”