Apple co-founder Steve Wozniak has proven that he is the kind of person to stay up all night answering questions from fans, even if it means that he gets very little sleep. Last night Woz was answering question put to him by Gizmodo readers. We’ve read though and picked out a few gems, you can read the whole Q&A session here.

Woz went out of his way to answer questions, despite the fact that he was “falling asleep here in Jakarta nearing 2AM with an early wakeup call.” He mentions this a few times, but the questions keep on coming, and he keeps answering them, showing what a nice man he is (we know, we interviewed Woz a few years ago).

“This session is very hard on me because I’m hurting and falling asleep in Jakarta and have an early wakeup for a breakfast with some top execs from the big telecommunications company here,” he says, when asked if he is a morning or a night person. He finishes answering questions after about 3 hours, which means it was probably about 5am before he got any sleep, and with a wake up call the next morning, we wonder if he had any.

Discussing whether he regretted not taking a bigger role in the running of Apple, Wozniak said: “It would likely have been a disaster if I’d been running things, ha ha.” 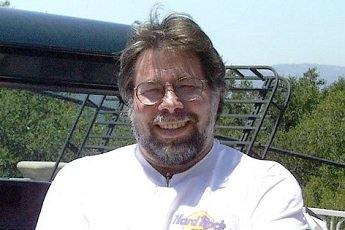 Regarding whether Jobs had ever tried to get him to take LSD. Woz revealed: “I have never used an illicit drug. I never spoke to Steve Jobs about drugs or heard from him about drugs even a single time. He never brought it up around me.” Explaining why he never took drugs, Woz said: “(a) I had many ways to have fun and (b) if it would expand my mind, I felt I had a great mind and wanted to be judged as myself, not myself plus an aid.” He added: “I did accept drug use by others and was accepted among them and never was judgmental.”

Wozniak gives the following tips to anyone who wants to ‘change the world’ with a business idea: “Expect that many of your first tries will go nowhere. But they will get you experience toward the big one. You should have a job or live at home so you can work on your own passions on your on time. That implies not being too social or partying. Make good things when you are young and you’ve covered your needs for life.” He also notes that you shouldn’t judge according to “money success”.

Regarding his failed marriages, Wozniak reveals: “We do lose a lot in divorces, but my marriages were all worth it.”

Woz thinks that Solid State Storage will be the next big game changer. He thinks: “HDs may stick around a while but the days are numbered.”

He has a slightly concerning, sci-fi, outlook for the future of our phones: “Eventually you’ll carry an aware best friend in your pocket that is conscious and has feeling and knows your heart and soul and mind better than any human could. And it will be smarter and faster than any human too. Meet your new best friend until the day it owns you.”

Discussing his philosophies, which he ‘worked out’ while at high school, Wozniak said: “One of my keys was that if I’m open and truthful, I won’t do things that I myself consider bad and wrong. “ He elaborated on being open, saying: “One of my philosophies was to be open. So I don’t hide. I’m only one person and when thousands of people want me (email) I can’t answer them all but I spend a lot of time trying.”

As to whether Apple could be more open, Woz wrote: “Apple could have just as great of products and be open to interacting with the rest of the world,” but he refused to elaborate further.

Regarding school: “School has a definition of intelligence that fights creativity. I would have loved online learning.”

Regarding what he wishes his tablet could do: “I wish my tablet had full computer operation, with multiple windows visible at the same time.”

Regarding his Lumia smartphone: “Microsoft did a lot that does not look anything like other smartphones on the screen and I applaud them.”

Regarding privacy he says: “We’ve lost. Technology is too inexpensive and everywhere. The next privacy battle may be in decades but it will be computers protecting themselves from human inspection.”

Regarding patents: “Some are too general and we need a procedure to assign costs to patents that are violated that are not like all or none. If you violate a patent on a method to unlock a device, a committee could decide how much more an alternative approach would have cost (or cost you in market sales) but not have the value be unlimited or sales halted. Regardless, patents are important and so is your word not to break them when you buy a product.” He doesn’t elaborate on his thoughts about the Samsung/Apple patent battle.

Siri, which Woz recently slammed, comes up a few times: “I want to ask Siri questions to my iPod nano sized watch someday, and have it connected.” Later he criticises the service saying: “After Siri, I’d wait a few seconds, a few more, and get a message that I wasn’t on the internet when I actually was. Siri’s servers were down but who expects meaningful or honest communication anymore? So I couldn’t call my wife. Sad state, since it used to be built into the iPhone 4.”

Regarding the Walter Isaacson biography of Steve Jobs: “Haven’t had time to read it but I met Walter and his and Steve Jobs’ integrity in writing this book impress me and I expect that I’ll like it and call it accurate.”

Woz has just bought a MacBook Pro with Retina Display, which he is replacing his 17in MacBook Pro with. He says that so far he misses the “greater screen real estate very much” and the “text is very readable”, but he is holding off his final assessment.

Regarding the cloud, Woz has a few words of warning: “We don’t own anything on the cloud. We’ve probably signed away any rights. it’s a move toward licensing (great for monopolies) instead of you buying and owning stuff. Since you don’t own it, it can disappear or change with no warning.”

In response to a question about why he “invested so much of himself in Apple”, Woz points to his biography, iWoz, and says: “It wasn’t a matter of choosing Apple. It was being talked into it.”

Our own series of Steve Wozniak interviews:

‘Jobs couldn’t have done it without me’ – Woz ‘Apple didn’t need NeXT’ – Woz Was Woz the inventor of the PC?