In 2010, Steve Jobs revealed that the iPhone was inspired by tablet prototypes. Photographs of those prototypes have now been discovered, revealing the very first mockups of the iPad from the early 2000s.

Hiesler reports that Samsung deposed Apple’s senior vice president of industrial design Jonathan Ive in 2011, and the full transcript of that deposition has been filed under seal. However, a portion of the transcript was recently released.

This portion reveals that Ive was shown photographs of a 3D mockup of an Apple produced tablet during the deposition, which was referred to as the 035 mockup or prototype. 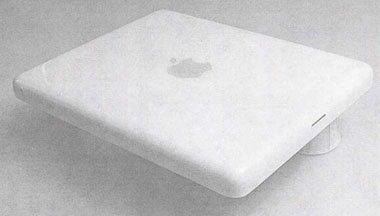 When Ive was asked whether he had ever seen the mockup before, he replied: “My recollection of first seeing it is very hazy, but it was, I’m guessing, some time between 2002 and 2004, some but it was I remember seeing this and perhaps models similar to this when we were first exploring tablet designs that ultimately became the iPad.”

Hiesler then dug deeper into the filings to uncover the 035 mockup design being referred to in the previous deposition. These photos show a significantly thicker tablet than the original iPad was when it launched in 2010. The mockup even had the Apple logo, but the home button was absent from the design.

This prototype may have been what inspired Steve Jobs to make the iPhone. In 2010 at the All Things D conference, the late Apple co-founder admitted: “I’ll tell you a secret. It began with the tablet.”

“I had this idea about having a glass display, a multitouch display you could type on with your fingers,” said Jobs. “I asked people about it. And six months later, they came back with this amazing display. And I gave it to one of our really brilliant UI guys. He got [rubber band] scrolling working and some other things, and I thought, ‘my God, we can build a phone with this!’ So we put the tablet aside, and we went to work on the iPhone.” 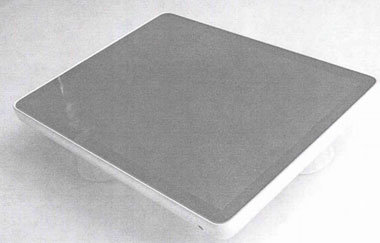 The first iPhone was eventually released at Macworld 2007, and the iPad arrived three years later at a keynote in Yerba Buena.