US iPhone carrier Verizon has hinted that the launch of the iPhone 5 will hit stores before the end of 2012, but this will come as no surprise to many who expect the new iPhone to launch in September or October.

Verizon CFO Francis J Shammo referred to a “new phone coming out in the fourth quarter” during his company’s financial results conference call. There have been rumours of an even earlier release date; this claim dispels them.

In the meantime, sales of the existing iPhone models are stalling as consumers await the new model. With Apple’s results due to be announced this week, and with the iPhone being the biggest revenue generator for the company, it is thought that the company could see a slide in revenue, compared to recent results.

Pacific Crest Securities analyst Andy Hargreaves told Bloomberg: “People are waiting.” He predicts: “It’s going to be bad now, but great later,” anticipating that Apple will announce that it sold 25.4 million iPhones in the just gone quarter that ended in June. 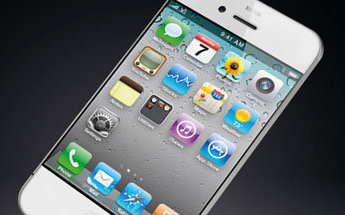 A number of other analysts have expressed concerns that Apple will not meet the expectations of Wall Street when it announces its results tomorrow. The company itself made conservative estimates for the quarter when it announced its set of financial results for the April quarter. When announcing the second quarter financial results on 24 April, Apple CFO Peter Oppenheimer told analysts to expect revenue of $34 billion.

When Apple’s results missed analyst expectations last year, also on account of a slowdown in anticipation of a new iPhone model, the stock slipped, notes Bloomberg.

Not all analysts have low expectations. Piper Jaffray’s Gene Munster thinks that iPhone sales will be much better than expected due to Apple’s moves into China.

Morgan Stanley analyst Katy Huberty expects iPhone sales to top 27 million for the quarter, she also expects that the Apple financial results will disappoint, however.

It may be the current quarter, which ends in September, that sees the biggest slowdown, however.