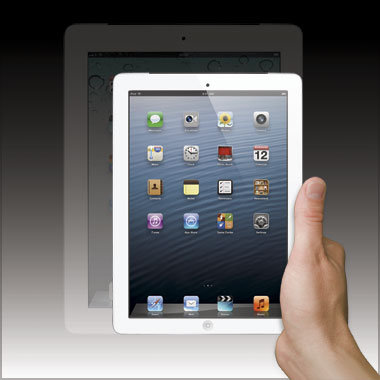 As usual, there’s a constant stream of rumours and speculation about which Apple products are coming next. The New iPad only launched back in March, but that doesn’t stop Apple fans from getting excited about the possibility of a redesigned – and crucially, smaller – new iPad. Everyone’s talking about the new iPad mini rumours despite Apple having said nothing on the matter.

Well, we now have a date for the expected launch of the iPad mini, 23 October. As we predicted, Apple was set to release its much-rumoured iPad mini in October, after what appears to be a sanctioned ‘leak’ from the company. Now  Apple has invited Macworld to an event. We expect them to relase the iPad mini, alongside a 13in Retina MacBook Pro,  Mac mini and a thinner iMac at the event.

Apple’s new iPod touch and iPod nano, and the  iPhone 5 were announced at an event on 12 September.

Apple’s choice of date for the launch of the iPad mini is significant. It’s days before Microsoft is set to relase Windows 8 and its Surface Tablet.

An analyst has said that the iPad mini is now in “full production”, and expects that Apple will sell 8 million of the tablets within its first quarter. Foxconn and Pegatron are said to be manufacturing the device. Apple’s share price hit a record high on 17 August, as investors await the looming launch of the iPad mini.

The Wall Street Journal claims that Apple has ordered more than 10 million iPad minis for quarter four 2012. See also: Apple to lose out on one full-size iPad sale for every five iPad minis sold.

A new survey indicates that Apple releasing the iPhone 5 alongside an iPad mini would be a bad move for the company, as most consumers won’t be able to afford both devices, and, if faced with the choice, will opt for the iPhone 5.

Is Apple really likely to launch a smaller version of the iPad? Would a 7in model even be necessary? With the iOS devices the iPhone, small enough to fit in your pocket, and the iPad, competent enough to run most software, where is the need for an in-between model which would compromise on both areas?

Steve Jobs didn’t think that a smaller iPad was a good idea, and neither do some of you in this forum discussion Should Apple sell a 7in iPad? But this may be part of Apple CEO Tim Cook’s plan to continue pushing forward the company as late CEO Steve Jobs did. However, during the Apple v Samsung trial in August, it was revealed that Steve Jobs was ‘receptive’ to a 7in iPad.

How much will the mini iPad cost

There was a price leak recently that suggested that the entry level iPad mini may cost £200, top end at £523. However, an analyst is skeptical of $249 price for iPad Mini.

The leak suggested the following pricing:

By comparison, the Microsoft Surface tablet is said to be priced at £399 for 32GB Windows RT version.

There are some leaked images floating around that appear to be of the new iPad mini, and if they are, it appears that the  iPad mini will not have a camera. Other reports suggest that the iPad mini could be as thin as an iPod touch, with small side bezels, seperate volume buttons and a microphone on the back.

In October, some convincing images showed what appears to be an iPad mini with a Black & Slate backplate. 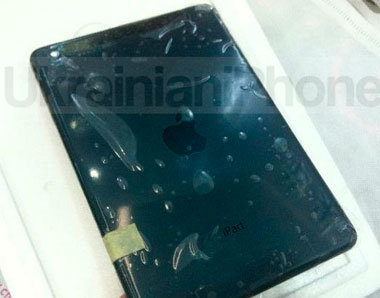 Following the back plate images, the most convinving photographs yet of the iPad mini cropped up on Twitter. 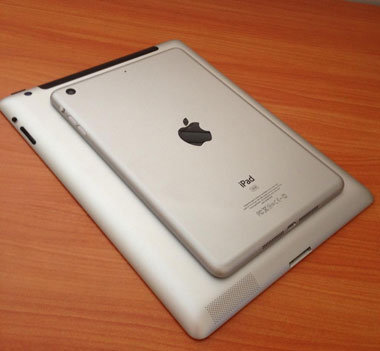 In September, new photographs showing an alleged iPad mini back casing were published on the web, and in October, a video of an iPad mini mockup was released from Japan. 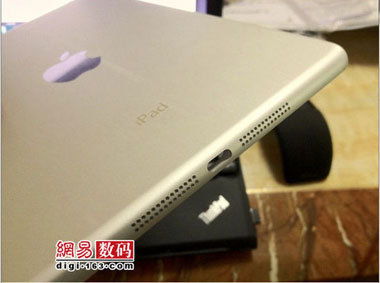 At the IFA trade show in Berlin, photographs of what appears to be an iPad mini die cast mold also surfaced on the internet. 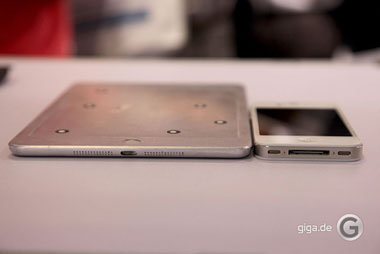 Fuelling the rumours of the product and grabbing the attention of Apple followers are the alleged leaked images of the iPad mini from China.

There has been some debate over the screen aspect ratio of the iPad mini, but the latest leaked parts suggest that there will be no 16:9 display for the smaller device. Instead, the iPad mini may have the same 4:3 display as its larger counterpart.

A graphic designer has also created photorealistic renderings of the rumoured device.

Photographs of internal components for the iPad mini have started to appear online, hinting at a smaller dock connector.

As time has progressed the images have become more convincing, and a photograph of an internal dock lead is the first image both ourselves (and the experts at iFixiIt) seem to think is a genuine internal part from an iPad mini.

Analyst Brian White thinks that an iPad mini would be a cheaper and more convenient alternative for educators, children and price-sensitive consumers. He would expect the mid-sized tablet to cannibalise Apple’s current iPad, but claims, perhaps rightly, that surely it would be better for Apple to do this themselves rather than be shot down by a competitor.

See also: iPad mini ‘WiFi only to keep price down’,

Alleged iPad mini headphone jacks were also leaked at the beginning of October.

Analysts agree that a smaller iPad is probably motivated by competition and the thought of a missed opportunity. Indeed, it may be, if an analyst’s prediction that Apple could sell 40 million iPad minis within a year is correct.

As our electronic age concentrates on making everything, lighter, smaller, thinner, faster and as cheap as possible, it seems fair enough to reason that a smaller iPad would be the way forward, especially with so many competitors already with 7in tablets on the market.

In July, Apple snapped up AuthenTec, and a new SEC filing suggests that the speedy decision to buy the company may have been to get its fingerprint scanners into the iPad mini.

New reports suggest that the iPad mini’s display will have ITO film coating.

Analysts are expecting that the release of an iPad mini in September could result in instant success with it overtaking sales of the larger model by Christmas.

Apple has even hinted at the release of a new iPad this autumn confirming there will be a “fall transition” where Tim Cook will bring new products he is “super happy” about to the public.

Number 4 on Curry’s predicted 2012 Christmas list is the elusive ‘Apple mystery product’ Mark Hosgood, manager for e-readers and tablets at Currys/PC World, commented: “While it’s no surprise that the likes of the iPad and Kindle are going to be on everyone’s gift lists this year, we also think the tablet market as a whole could be a big winner.” Could this be the iPad Mini?

A smaller iPad wouldn’t only be a popular Christmas gift. The iPad is already proving popular with schools – One million Apple iPads were sold to schools in third quarter, according to Apple.

The analysts are predicting it, photos are popping up and it seems the people want it, and now, even ex-Apple staff are claiming plans for an iPad mini are in fact already in place. It’s getting hard to brush off the rumours as rumours.

If Apple took the initiative to launch the smaller, in-between model, some say they could guarantee a spot at the top of their game, dominating the tablet market until 2016.