Apple has come under fire for attempting to censor books in the iBookstore.

The company appears to be taking its disputes with Amazon to new levels. Author Holly Lisle’s book that discusses how to become an author was rejected from Apple’s iBookstore because it included a link to Amazon. Lisle removed the link on Apple’ request, only to be turned down again by Apple for featuring the word Amazon.

Lisle writes in her blog that she “will not deal with this sort of head-up-ass behavior from a distributor. You don’t tell someone ‘The problem is the live links,’ and then, when that person has complied with your change request and removed the live links, turn around and say, ‘No, no. The problem is the CONTENT. You can’t mention Amazon in your lesson’.” 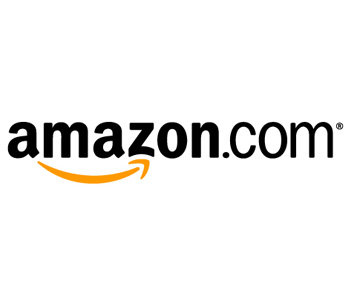 Lisle’s book, “How To Think Sideways Lesson 6: How To Discover (Or Create) Your Story’s Market”, discusses the marketing of a finished book, she discusses the use of services like Apple’s iBooks and Amazon’s CreateSpace.

She explains: “Lesson 6 includes my ‘Amazon River’ technique, in which I show students how I use a couple of useful bits of Amazon’s website software and the Amazon database to figure out how to find alternative genres for their books if they aren’t having any luck selling it in the genre they wrote it for.”

“This is not just essential information for writers publishing or hoping to publish commercially – it’s also the fastest way for self-pubbers to find potential new markets for their existing work,” she continues.

“And there is no other website in the world on which you can do this as quickly, as completely, or as successfully,” she adds.

As a result of Apple’s demands, Lisle says: “I cannot sell PART of the course on Apple. So How To Think Sideways will not appear on the iBookstore. Neither will How To Revise Your Novel.”

“You cannot write a writing course that includes information on publishing and self-publishing and NOT mention Amazon. It’s the place where your writers are going to make about 90% of their money,” she concludes.

“For writers, especially those involved in or considering self-publishing, I can no longer recommend Apple as a professional distributor,” Lisle states, adding: “I’m pulling ALL my work from the iBookstore today. I apologize to iBookstore fans. I tried. Hard. But I’m done,” she adds.

Neowin notes that Apple’s insistence on removing references to Amazon is peculiar, since there are books already available on the iBookstore that mention Amazon.

Apple and two publishers are fighting antitrust charges bought by the US department of justice. The DOJ accuses Apple and those publishers of conspiring to raise ebook prices in the iBookstore.

Apple claims that publishers were not happy with Amazon’s pricing tactics and wanted to set their own prices in the iBookstore. The company also claims that the US government has sided with monopoly rather than competition in bringing a case of ebook price-fixing against Apple.