Apple’s senior vice president of worldwide marketing Phil Schiller has been testifying at the Apple v Samsung trial. Schiller was called to the stand at the end of day two of the trial (31 July). In the six minutes before the jury was dismissed for the day, Schiller reiterated Apple’s late CEO Steve Jobs’ views that there is no point in market research and began describing the design process.

“It’s not a customer’s job to know that so we don’t ask them that,” Schiller said. As noted in our story yesterday, Apple does do some market research.

The comments came as part of Schiller’s description of the Apple New Product Process (ANPP). A process in which “Marketing is an equal member of the team” because Apple wants to meet the customer’s needs. Schiller will continue his presentation to the jury on the third day of the trial (1 August).

The Apple New Product Process involves gathering “a pretty maniacal group of people” and asking them to come up with “50 designs for a single button” said Apple industrial designer Chris Stringer during his testimony. “Our role is to imagine products that don’t exist and guide them to life,” he added. 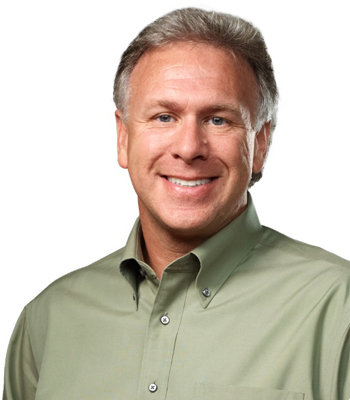 Stringer, who was the first to testify in the case and worked on the original iPhone, has worked at Apple for 17 years. He revealed that most of the team has worked together for 15 to 20 years.

He said: “We have been together for an awfully long time. We are a pretty maniacal group of people. We obsess over details. We are always doubting. We are always questioning.”

Stringer noted some of the problems his team encountered when manufacturing the original iPhone. Reuters notes issues “from putting glass in close proximity to hardened steel to cutting holes in the glass”. Stringer said: “People thought we were crazy”.

Stringer bought some iPhone and iPad prototypes to court to complement the various phone and tablet prototypes that have been filed as evidence.

Stringer described how he and his team were “offended” by Samsung’s (and other phone makers’) attempts to “rip off” the ideas behind the iPhone.

After Stringer delivered his testimony Samsung cross-examined him, producing an email to an iPad product manager in which Stringer asked for an updated competitive analysis document.

Stringer admitted that Apple does look at what the competition is doing.