Local police in San Francisco have arrested a 47 year-old professional clown for possession of Steve Jobs’ iPad, after the house of Apple’s former CEO was reported to have been burgled.

Kenneth Kahn, who’s stage name is Kenny the Clown, received the iPad from a friend and reportedly used it to play the Pink Panther theme song and Michael Jackson tracks during his clown routine for local kids. 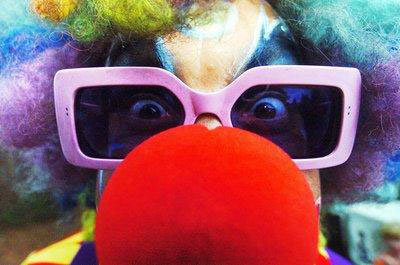 He insists that he had no idea that the device came from the highly publicised burglary on the Jobs residence. Police said that a Alameda resident named Kariem McFarlin, 35,  gave the 64GB iPad to Kahn on 17 July. The same date that items were stolen from the Jobs’ residence.

McFarlin also gave another iPad to his daughter, both devices have now been returned to Steve Jobs’ family after McFarlin was arrested on 2 August.

He is also accused of stealing iPods, Macs, jewellery and Steve Jobs’ wallet, driving license and a Sodastream. He is accused of committing the theft after finding a spare key on the property, which was under construction at the time.

Kenneth “Kenny The Clown” Kahn told the Mercury News: “It would be like getting a football from Joe Montana that was stolen out of his house. It’s bizarre; it’s really bizarre.”