Apple is about to start selling its products directly in Russia, and will look into opening retail stores at some point in the future, according to a report in today’s Moscow News.

In order to expand into Russian territory, Apple as registered a company called Apple Rus and assigned Vitaly Morozk, the company’s local legal advisor as its director general.

It is alleged that Apple executives travelled to Moscow in 2011 to find premises for an Apple store but did not find anything suitable. Apple opened the iTunes Store online in 2009.

According to Moscow News Apple could begin selling products directly in 2013, but it is unclear if and when any Apple stores could open.

Apple’s products in Russia are distributed via an array of third-party companies that work with Apple. The iPhone is distributed by Vimpelcom and MTS, while computers are largely distributed via diHouse, Marvel and OSC. Prior to 2009, however, most iPhones were imported into Russia via the grey market.

The new company, Apple Rus, is likely to begin by concentrating on distribution in Moscow and St Petersburg with the other companies working in other regions. 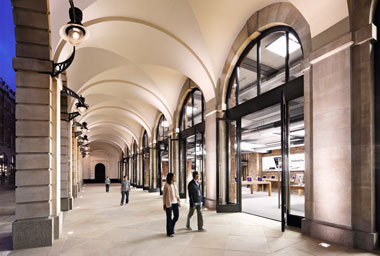 “You can often hear the opinion that as soon as Apple Store comes, the prices will fall,” said spokeswoman for Re:Store Retail Group, Lyudmila Semushina. “The prices will not fall. For the majority of Apple products, apart from iPhone, we have practically the same prices as in European countries, and they will remain. The products for Russia are not bought in via the U.S.A., but via Europe.”

“The only thing that can change for the better for the consumer is that there will be a smaller delay between announcing a new Apple gadget, and its appearance on the Russian market. But we are not the first place in this market. For Apple there are three major markets: U.S.A., Europe, China, who buy many times more than Russia,” Semushina told RIA Novosti.