The big question following Apple’s win against Samsung is whether Apple now has the scene set to go after Google, in recognition of Steve Jobs’ wish to go to “thermonuclear war” with the Android maker. However, Google is busily promoting its confidence that Android doesn’t infringe Apple patents, while at the same time suing Apple for infringing Motorola patents that it acquired when it bought that company back in May.

Analyst Roger Kay thinks that Apple may now begin its pursuit of Google: “I think Apple’s going to try to use this victory as a way to beat on Google further,” reports the Mercury News.

Bernstein Research analyst A.M. Sacconaghi thinks the outcome of the Californian trial may give Apple a boost and “embolden Apple’s legal strategy” against its competition in the smartphone and tablet world.

However, Google was quick to claim that there is no evidence that the Android operating system has infringed on Apple patents. 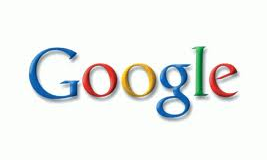 Following the ruling, Google reassured its partners that the patents infringed by Samsung are not related to Android. The Android maker issued its own statement suggesting that it doesn’t believe that Android is at risk due to the ruling, and warning: “The court of appeals will review both infringement and the validity of the patent claims. Most of these don’t relate to the core Android operating system, and several are being re-examined by the US Patent Office. The mobile industry is moving fast and all players – including newcomers – are building upon ideas that have been around for decades.”

Not only does Google believe it’s not infringing Apple patents, Google had even warned Samsung to steer away from an Apple-like design in an email that the jury in the case found particular persuasive. Jury foreman Velvin Hogan told Bloomberg: “So the whole thing hinges on whether you think Samsung was actually copying. The thing that did it for us was when we saw the memo from Google telling Samsung to back away from the Apple design.”

Speaking to his biographer Walter Isaacson, Steve Jobs referred to Android as a “stolen product”, and said: “I will spend my last dying breath if I need to, and I will spend every penny of Apple’s $40 billion in the bank, to right this wrong. I’m going to destroy Android, because it’s a stolen product. I’m willing to go thermonuclear war on this.”

The battle may not be as clear-cut as it was in Jobs’ mind when he made that comment, however. Back in May, Google acquired Motorola Mobility and its treasure trove of 17,000 patents for $12.5 billion and in so doing it gained a number of juicy patents.

That may seem a lot to pay, when Samsung is being asked to pay up $1 billion (potentially tripled to $3 billion) but as Jonny Evans points out, Samsung’s lost $12 billion of its share value, so perhaps it is money well spent.

It also begs the question, was Google as confident about its non-infringement of Apple patents in Android before it bought Motorola? Buying Motorola back in May might have been part of Google’s concerted effort to cover its back from any onslaught by Apple. Google is already using these patents to mount its own an attack on Apple.

However, also last week, the International Trade Commission cleared Apple of infringing two Google-owned Motorola patents. The ITC is still investigating a fourth patent claim by Google. These patent infringement claims were raised by Motorola back in November 2010.

The ITC cases are only a part of the patent disputes between Apple and Motorola that have litigations in courts in many countries, after a surge in litigation by technology companies over patents. And Motorola/Google isn’t the only company encountering Apple’s wrath, HTC is also countersuing Apple.

One report suggests that Apple wouldn’t do so well against Google because then it would be two American companies, rather than one American and one South Korean company.