Apple is rumoured to be getting ready to introduce an update to the iMac range of computers, with stores across the United States reporting shortages of the popular 27-inch desktop computer.

According to Cult Of Mac most stores in the US are quoting a pickup date between 4 September and 7 September, with some not expecting new stock until 11 September. Normally customers can pickup a new iMac from the stores at any time. 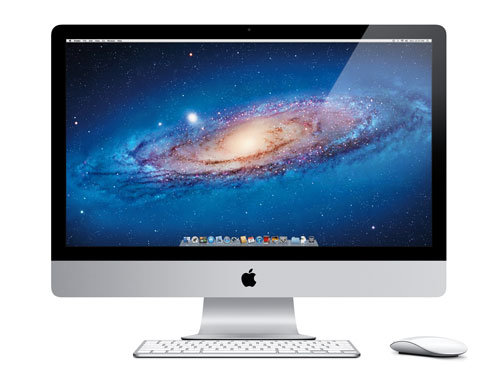 Meanwhile, Apple Insider is reporting that the new iMac is unlikely to ship with the Retina display, recently introduced on the MacBook Pro 15-inch model, and rumoured to be shipping with the 13-inch MacBook Pro.

Analyst Ming-Chi Kuo of KGI Securities has revealed that two of eight new products Apple is aiming to release in the Autumn are a 21.5-inch and 27-inch iMac.Apple Insider claims that Kuo has a good track record, but offers no specific details.

According to Kuo, the new iMacs will not sport the Retina display, we presume because of the cost involved in producing a 27-inch iMac with Retina display would prove prohibitive to customers.

However, Kuo goes on to claim that there will be a brand new design to the iMacs with a “full-lamination process” that attaches the display panel to the cover glass. Because of the new production method Kuo believes that the 27-inch iMac will debut 6 to 8 weeks after the 21.5-inch model.

The iMac line is still waiting for the Intel Ivy Bridge processors that have been included in the MacBook Pro range, and some reports claim that the new iMac will launch in October.