Apple could be helping manufacturing partner Foxconn to pay for wage increases, according to an analyst.

Apple Insider reports that Berenberg Bank analyst Adnaan Ahmad has told investors that he thinks that Hon Hai Precision’s (Foxconn’s parent company) rise in gross margins, and Apples drop in gross margins indicates that Apple is likely to have subsidised wage increases at the factories.

In a note sent on Monday, Ahmad pointed out that Hon Hai has said that it was trying to negotiate better terms from its customers, which include Apple, Microsoft, Sony and more, due to a huge increase in labour costs.

In the June 2012 quarter, Apple’s capital expenditures rose to a whopping $2.1 billion, compared to the $440 million spent by the company in the December 2011 quarter. According to Ahmad, the expenses are not related to Apple’s spaceship-like headquarters, because those costs were covered in 2010. 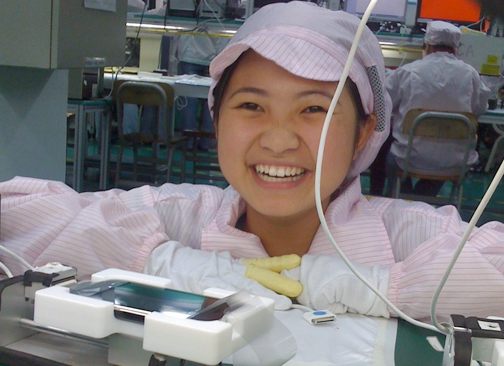 While Ahmad seems sure that Apple has helped pay for Foxconn’s wage increases, he doesn’t believe that HP and Sony, two of Foxconn’s other major customers, contributed to the costs, because of the “precarious situation” the pair are in.

Foxconn has been under fire this year after being accused of mistreating its employees, which resulted in Foxconn’s CEO Terry Gou promising to double workers’ wages by the end of 2013.