We all know Apple is going to unveil the new iPhone at the 12 September event. Are you wondering what else Apple might have in the bag for Wednesday’s event? Here’s our checklist of what Apple may launch and what we are sure it will definitely not unveil.

iTV – Definitely not yet

The flames of the rumours were stoked when it was revealed by Steve Jobs’s biographer that he believed he had finally “cracked” it when it came to the television. Now, rumours are dying down amid claims that Apple’s big venture into the television market could be delayed due to difficult negotiations with media companies and cable providers. 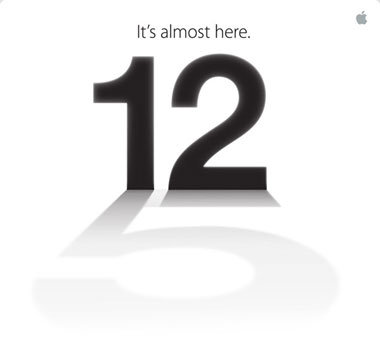 Those Apple smart television rumours have been replaced by claims that Apple is improving its set-top box instead of building a complete television. At other events around this time of year Apple had taken the wraps off updates to the Apple TV, so it is feasible that they might update the box. However, the latest claims are that it has hit a brick wall, so don’t expect anything on that front just yet.

Read: Apple TV set-top box may be a dead end

iRadio – Maybe, but not yet

The latest rumours suggest that Apple is planning to offer its own radio service. Apple is said to have started negotiations with record labels for what is being described as a Pandora-killer service. Pandora, like Spotify, is a free music streaming service. Pandora lets users create up to 100 custom radio “stations” composed of music that is similar to an initial song selected by a user.

iPad mini – Not yet

Credible rumours suggest that Apple has decided to hold a separate event for the launch of the iPad mini. That event is expected to happen in October. Why give the idea of an iPad mini any credibility? Most analysts think that Apple needs a low cost iPad to compete in the Android market, and the fact that AllThingsD had the launch in October rumour, suggests an Apple leak (with Apple keen to manage investor expectations for the 12 September event).

There is very little chance that the iPhone 5 will support 4G in the UK. 1) We don’t have significant LTE 4G coverage in the UK; 2) The 4G that is supposed to launch this year will work on a different band to 4G in the US; 3) There is unlikely to be widespread 4G in the UK anytime soon.

Apple updated the iPod touch and iPod nano at the iPhone 4S launch last year. Will they do the same this time round? Probably, although it’s also possible that the company could hold back on any major changes to these devices, potentially closing the door on the old hard drive equipped iPod classic, and even waiting until the iPad mini launch event rumoured for October before reinventing the iPod touch.

Last updated in May 2011, the iMac is long overdue an update. There have been rumours that it’s been delayed while due to screen issues. Could the iMac gain a Retina display screen? Apparently it would be no mean feat as a Retina display on that scale would require very powerful graphics cards.

Read: Apple about to introduce new iMac… but it won’t have a Retina display; New iMac release date, rumours, and pictures

13in MacBook Pro with Retina display – Maybe later in the year

If the rumours are to believed, Apple has a 13in version of its Retina display MacBook Pro in the pipeline. It’s unlikely that we’ll see it this week, but maybe in an event later this year.

Last updated in July last year, the Mac mini should be due a processor update, and maybe a smidgeon more RAM (2GB in the entry level model does seem a bit stingy these days). Expect to see a new Mac mini along with the new iMac when that launches, hopefully in October.

You can be pretty sure you will be able to download this for your iPhone or iPad not long after the announcement is made. Last year, following the iPhone 4S event, Apple made iOS 5 available for download.

You can expect some updates to iCloud to come with iOS 6. But will Apple update its Mac software to work better with iCloud?

While iMovie, iPhoto and Garageband for iOS have all had updates this year, Apple hasn’t properly updated its iLife suite since October 2011. That update came on 20 October, ten days after the launch of the iPhone 4S and iCloud. While Apple may need to make some tweets to iLife to make it compatible with updates to iCloud and iOS 6, it’s unlikely to make big changes until an event later in the year, and even then, no changes may be forthcoming.

Speaking of iLife, what about iTunes… (as one of our readers pointed out)

Apple is said to be planning a complete overhaul of iTunes. It will  more closely integrate with iCloud and there will be new Spotify-like music-sharing features. The new iTunes will also offer tighter integration with Facebook and Twitter so that people can share what they are listening to.

It’s so long since Apple updated it’s iWork software for the Mac that it’s got embarrassing. iWork is officially known as iWork ’09 because, yes, you’ve guessed it, Apple last updated the software in January 2009! In the mean time the company has bought out a version of iWork for iOS users, launched in May last year. When will it update the Mac software? Hopefully before the end of the year, although we are starting to give up hope.

Apple last updated its range of displays in July last year when it introduced a Thunderbolt version of its LED Cinema Display. How about a Retina display version? Maybe next year when Apple launches the promised new Mac Pro.