Foxconn and Pegatron have reportedly begun mass production of the iPad mini, Apple’s rumoured 7.85in tablet.

A new report from Taiwan claims that Pegatron has received more than half of the orders of the iPad mini from Apple, which is a surprising figure considering Foxconn’s previous iPad manufacturing monopoly. According to the report, the two manufacturers will build 5 million iPad minis every month.

New photographs of the smaller tablet have also surfaced on the web, showing an iPad mini dummy unit that is claimed to be made up of real Apple parts.

The dummy includes the iPhone 5’s new Lightning connector, and has a thin, aluminium design. 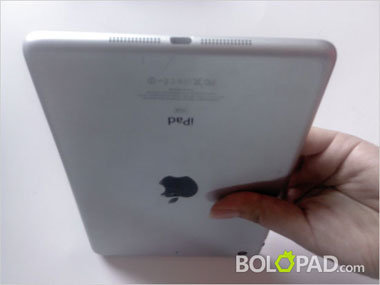 The iPad mini is expected to arrive in October, possibly alongside the recently announced new iPod touch and iPod nano.

However, the iPod touch’s starting price of £249 has led to further doubt that Apple will launch a smaller iPad, especially following Amazon’s Kindle Fire HD launch here in the UK, which sells for just £159.

Reports suggest that Apple might be opting to make the iPad mini WiFi only in order to keep costs down.