As we reported earlier this week, Apple co-founder Steve Wozniak has revealed that he has applied for an Australian citizenship. Wozniak has been too-ing and fro-ing between California and that part of the world for some time now, visiting MegaUpload’s Kim DotCom in New Zealand back in June. He is currently touring Australia where he queued up to buy a iPhone 5 so that he could be one of the first in the world to own one.

Wozniak claimed that one of the reasons he wants to relocate to Australia is that he will benefit from a broadband connection that he currently can’t get in his home in California.

Wozniak told The Australian Financial Review that his home in California is not connected to a broadband service, and suggested that Australia’s National Broadband Network rollout was one of the reasons he wanted to become a citizen.

However, that isn’t really the reason he wants to relocate down under, claimed Wozniak, in an interview with The West Australian. “I probably should say that is true, because it makes me sound weird … and I like to sound unusual and different because I’ve thought that way a lot in my life,” he said. 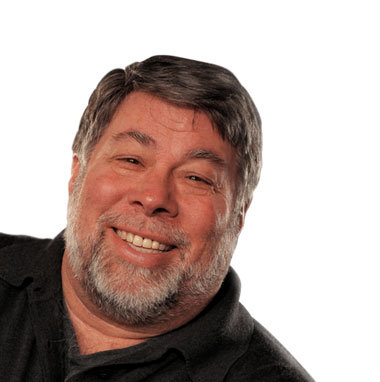 “I intend to call myself an Australian and feel an Australian, and study the history and become as much of a real citizen here as I can,” he told 4BC radio.

“For 30 years I’ve had a desire to live in Australia. There are so many great things about this country that have nothing to do with NBN,” he revealed.

“I’m going to live and die as an Australian. That sort of isn’t well known yet,” he said.

Steve Wozniak speaks about future of technology: ‘I won’t want you humans’

Video of Woz: pranks, Steve Jobs, and how the Apple II changed everything