Madame Tussauds has created a wax figure of Apple’s late co-founder Steve Jobs, to mark the first anniversary of his death.

The life-like waxwork wears Jobs’ trademark black turtle neck, Levi 501 jeans, and New Balance trainers, and is on display at Madame Tussauds Hong Kong as part of the Historical and National Heroes exhibition until 26 November, before moving to Bangkok and then Shanghai.

The sculpture is based on the photographs of Jobs from a photo shoot for the cover of Future Magazine in 2006. 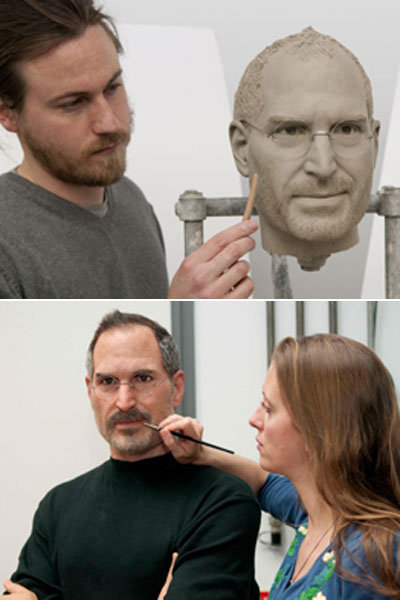