An Apple patent application published on Thursday suggests that Apple is working on a charging mat that uses the orientation of a device on its surface to determine which docking function the user wishes to carry out.

Apple Insider first discovered the patent, entitled “Device Orientation Based Docking Functions,” which describes a dock that would allow users to place their device, such as an iPhone, iPod, iPad or camera, on the surface of the invention for charging, data transfer, syncing and more.

For example, a user could place their iPhone onto the mat face up for charging and syncing, or face down for charging only. The dock will also be able to synchronise and transfer data between two devices placed on the mat simultaneously. 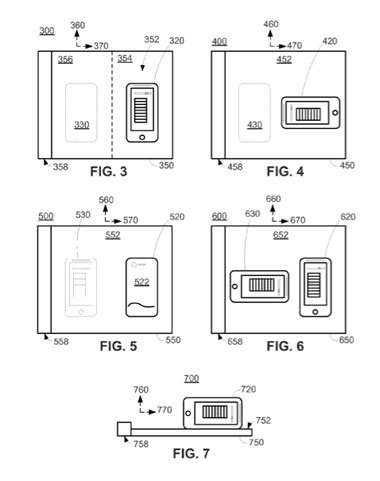 The dock could also be connected to external devices, including speakers, for example, for audio output from the docked device.

It is unclear whether Apple plans bring a docking mat such as the one covered in the patent to market, and, when asked why the iPhone 5 doesn’t have inductive charging capabilities, Apple’s SVP of worldwide marketing Phil Schiller said: “Having to create another device you have to plug into the wall is actually, for most situations, more complicated.”

Apple has also applied for a patent that relates to flexible displays that act as speakers and give tactile feedback, which could be introduced with the iPhone 6 in 2013.