Apple has been granted a patent that covers a wireless adapter that could provide compatibility between devices and accessories that were previously incompatible, such as the iPhone 5 and accessories with a 30-pin connector.

Apple Insider reports that the patent, which was filed in 2011 and awarded to Apple on Tuesday, could put an end to the complaints about Apple’s new Lightning connector that was introduce with the iPhone 5 in September. Many users with 30-pin connector accessories worth hundreds of pounds found that they were no longer able to use them with their new handset. 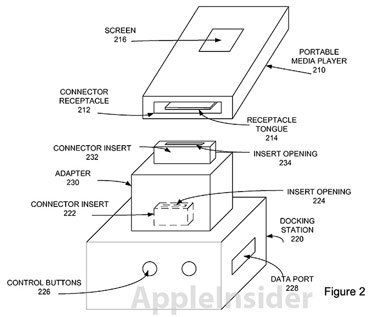 The adapter could communicate signals “between the accessory and the portable media player,” and vice versa. Apple’s invention could also address Bluetooth and WiFi incompatibility.

Apple Insider notes that it is not known whether Apple will launch such adapter, but that it could be an ideal solution to the accessory incompatibility concerns from consumers.

Apple currently offers a 30-pin to Lightning adapter for £25, or £30 for the cable, but this pricing has sparked a backlash from customers.

In September, Apple’s Phil Schiller confirmed that the company wouldn’t be making a Lightning equipped dock for the iPhone 5, because ‘people don’t use them’.