Apple is asking its 40,000 strong team of Apple Store employees to help it fix Apple Maps in iOS 6.

According to Macrumors sources, Apple has set up a scheme in its stores and expects teams there to dedicate 40 hours of staff time per week to manually examining Apple’s mapping data in their areas and submit corrections and improvements.

According to one source, a team of ten employees will participate in the program at a store, and that team will be overseen by a designated “subject matter expert”.

Apple told us that it is working on fixing Apple Maps along with its partners, which include TomTom. Apple has requested that users of Apple Maps provide it with error reports when mistakes are identified. Reporting mistakes in Apple Maps is a simple process and Apple aims to fix issues within 48 hours. However, we reported that East Croydon station is missing from Apple Maps on Saturday, and as yet it is not featured. 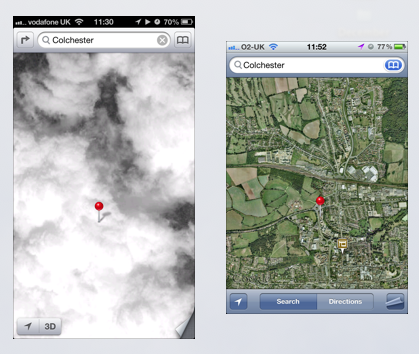 Apple’s lack of mapping expertise seems apparent from the inadequate Apple Maps launch. The company has also been criticised for using third-rate data by an expert. According to reports Google has 7,100 people working on Maps, significantly more than Apple. Apple is attempting to increase its team: the company is advertising for engineers (some of whom are said to be employed by Google) to work on Maps.

While recent reports have suggested that iOS vice president Scott Forestall should take the blame for Apple Maps, a Bloomberg report is claiming that Jobs himself initiated the Apple Maps project, and put Forstall in charge. According to Bloomberg sources, the secret team was housed on the third floor of Building 2 on Apple’s campus.

That report also notes Jobs hatred of Google, due to his belief that they had copied features iOS and also because they had withheld turn-by-turn directions in the iOS version of Google Maps. However, the report also notes that while Jobs discussed pulling Google search from the iPhone, he feared customers would reject that move, according to sources.

Is Apple Maps really less of a data hog than Google Maps?