Apple has made a lovely tribute to its late CEO Steve Jobs. The video plays on the home page of the Apple.com site, and once played is replaced by some words about Steve Jobs, written by Apple CEO Tim Cook.

The tribute includes soundbites of Jobs, such as a favoured saying of his: “I skate to where the puck is going to be, not where it has been”, played over a slideshow of iconic pictures of Jobs holding some of the most well known of Apple’s products: the iMac, the iPod and the iPhone. It also shows him to be a joker, calling a Starbucks and ordering 4,000 lattes. The music in the background of the tribute is Bach’s Cello Suite No.1 Prelude.

When the tribute finishes the home page of Apple’s site shows a message from Apple CEO Tim Cook.

Cook writes: “Steve’s passing one year ago today was a sad and difficult time for all of us. I hope that today everyone will reflect on his extraordinary life and the many ways he made the world a better place.” 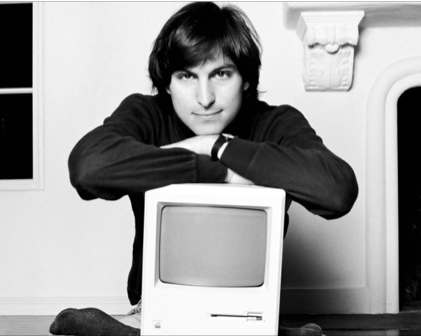 He goes on to state that: “One of the greatest gifts Steve gave the world is Apple. No company has ever inspired such creativity or set such high standards for itself.”

He then talks about how Steve’s “spirit will forever be the foundation of Apple.”