The site gave the iPod touch just 3 out of 10 for reparability compared to the iPhone 5 which got 7 out of 10.

The problem is that Apple has soldered most of the components together, also Apple appears to have eschewed screws for clips and adhesive.

This may make the iPod touch less recyclable, reports earlier this year suggested that Apple’s laptops had lost their EPEAT ratings due to being difficult to recycle (specifically the battery is glued in place), although it later emerged that Apple had withdrawn from the rating simply because it forgot to pay up for inclusion. 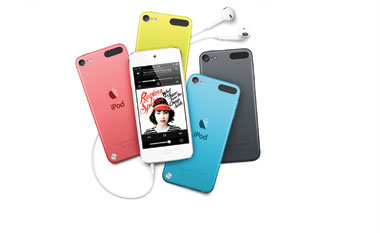 The iFixIt tear down reveals Apple’s A5 chip along with flash storage from Toshiba. iFixIt notes that they were “somewhat disappointed with the weaker, rubber-membrane design of the iPod Touch’s home button.” This compares with a “stronger home button” on the iPhone 5.

Regarding the Lightning connector/headphone jack/microphone ribbon cable, iFixIt notes that it is is soldered to the logic board. “This is just another example of how Apple is simplifying and grouping the components in its products. Unfortunately, in doing so, it’s inadvertently putting an end to reparability,” notes the site.

Why Apple has withdrawn from EPEAT: the MacBook Pro Retina Display battery