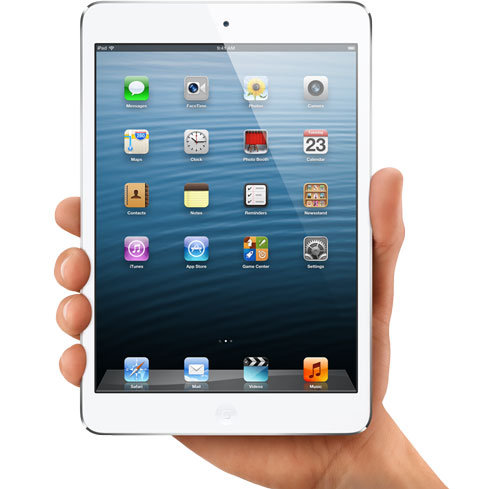 Apple today revealed the highly anticipated iPad mini, and an updated fourth-generation of its iPad at the San Jose California Theatre. Phil Schiller, Apple senior vice president of worldwide marketing, took to the stage during the keynote, which was streamed across the globe on the company’s website, to reveal the new smaller tablet. 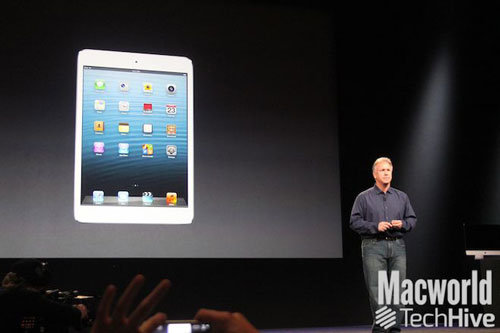 The iPad mini has a 7.9in display, sitting between Apple’s iPhone and the 9.7in iPad, but slightly larger than rival tablets from the likes of Amazon, Google and Samsung. The device will retail from $329 for a 16GB model (UK pricing TBA).

Pre-orders start this Friday. Wi-Fi will ship on November 2nd in the US, and then two weeks later around the world.

Phil Schiller described the iPad mini as “Incredibly thin, beautiful… as thin as a pencil and light as a pad of paper”.

The iPad mini sports an A5 processor, the same found in the iPad 2 and Apple promises the 10-hour battery life found on other iPad models. The front of the iPad mini has a FaceTime HD camera, while the rear has a 5-Megapixel camera (the same as the new iPod touch).

The iPad mini is 7.2mm thick and like the iPhone 5 the new iPad mini comes in two models: white with silver backing and black with a slate reverse models.

It also sports the 4G LTE connection found on the iPhone 5 and fourth-generation iPad as well as WiFi N networking models.

Like the iPad 2 and new iPad it works with a Smart Cover.

Phil Schiller said “It’s every inch an iPad”. “It’s the lowest priced iPad yet” said Phil Schiller, although it is notably more expensive than the Google Nexus 7 and Android Fire devices, which retail for £159 and £129 respectively in the UK. 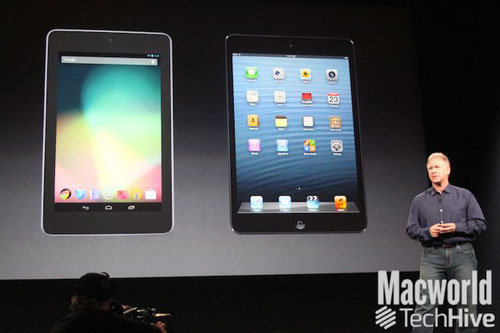 The new fourth-generartion iPad has a new generation of image signal processor for face recognition and image stabilization and the same 10 hour battery life of the original iPad. Apple claims that the new chip doubles the graphics performance.

It also has an expande 4G LTE chip which has greater carrier coverage, this is expected to include the 1800 band that is being used by EE in the UK.

The fourth-generation iPad costs the same amount as the current iPad, with pricing starting at £399 in the UK.

Both the iPad mini and fourth-generation iPad ship with the Lightning connector.

The fourth-generation iPad pricing and availability

Tim Cook also announced that Apple has sold it’s 100 millionth iPad. Noting that people also “love their iPads” and use them more than Apple’s competitors devices. He also noted that the iPad has been extremely succesful in business, with over 94% of Fortune 500 companies either testing or deploying the iPad.