Apple now owns the Granny Smith logos of Beatles publisher Apple Corps, which according to a 2007 agreement, it will licence back to Apple Corps.

Gaining ownership of the Granny Smith logo was the final loose end in the long-standing dispute between Apple Inc and The Beatles’ company Apple Corps that was resolved in UK courts back in 2007.

The dispute was settled in Apple Inc.’s favour when, for an undisclosed fee (said to be as much as $500m), Jobs’ company secured the rights to all Apple Corps trademarks and logos, provided they agreed to license them back to the music company.

Some years later, in March 2011, Apple filed two trademark applications for ownership of the Granny Smith logos. This application has just been granted. 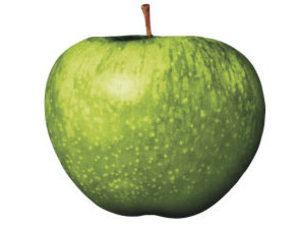 At the time Apple CEO Steve Jobs said: “We love the Beatles, and it has been painful being at odds with them over these trademarks. It feels great to resolve this in a positive manner, and in a way that should remove the potential of further disagreements in the future.”

Neil Aspinall, manager of Apple Corps said: “It is great to put this dispute behind us and move on. The years ahead are going to be very exciting times for us. We wish Apple Inc every success and look forward to many years of peaceful co-operation with them.”

Prior to 2007 the two companies were in court on two occasions, in 1981 and 1991, with Apple Corps successfully proving Apple Inc had infringed its trademarks on both occasions. In 2007 the case evolved around whether Apple was acting like a record label with its iTunes Music Store. Following the dispute the iTunes Music Store was renamed iTunes Store and Apple Computers was renamed Apple Inc, moves that may or may not have been connected to the action.

In November 2010 The Beatles‘ music finally made its debut on iTunes after a long-running wrangle between EMI and Apple Inc. According to reports, the licensing deal that brought The Beatles to iTunes is somewhat unique, with direct payments being made from iTunes download sales to Apple Corps rather than going through EMI.